There have been some confusion about the classification; this is especially true for the species Trichoglossus haematodus, which was previously believed and generally accepted to contain several subspecies, but recent studies have promoted many of these to separate species. Also some sources categorize the related species in the Psitteuteles genus as included in Trichoglossus.

These lorikeets have a very special tongue with several small hairs at the tip of the tongue, that are used for gathering pollen and nectar from flowers. The scientific name Trichoglossus is inspired by the ancient greek “tricho” and “glõssa” meaning “hair-tongue”. Due to their special diet needs these lorikeets can be a little messy which should be considered especially if planning on keeping them indoor in a cage.

They are very beautiful with bright colours, and are also very playful, which make them very popular as pets or in aviculture.

All Trichoglossus species has an orange/red beak. Some species (e.g. Scaly-breasted Lorikeet) are mostly green while other are way more colourful (e.g. Rainbow Lorikeet and Coconut Lorikeet).

The following species were previous included in the Trichoglossus genus but was moved to Saudareos with the IOC 11.2 update in 2021: 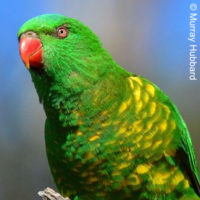 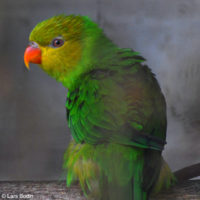 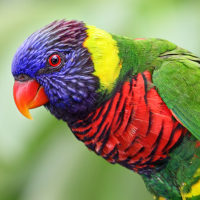 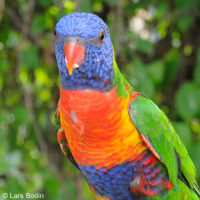