Different authorities may use different English and scientific names for the same species, which makes searching for information a little difficult! Even the most recognized authorities do not agree on all species and subspecies.

When there is dispute about classification or the official English name I will mention it in the articles and also provide generally accepted synonyms for each species.

The index “All species index sorted by English names” also list any known synonym to make it easier to find a specific species.

When searching for information about a specific genus or species from different sources, it is often easiest to use the scentific name as this is much more likely to be the same in all sources while there may be several different English synonyms.

The scientific name of each species consist of two parts: Genus and species – these are both in latin. In the example above Amazona is the genus name and Amazona amazonica is the species name.

The scientific names make it easy to see which species are closely related (i.e. in same genus) and which are not. Example: The English names White-bellied Parrot and Black-headed Parrot may not indicate that these species are related but the scientific name tell you that both belongs to the Pionites genus: 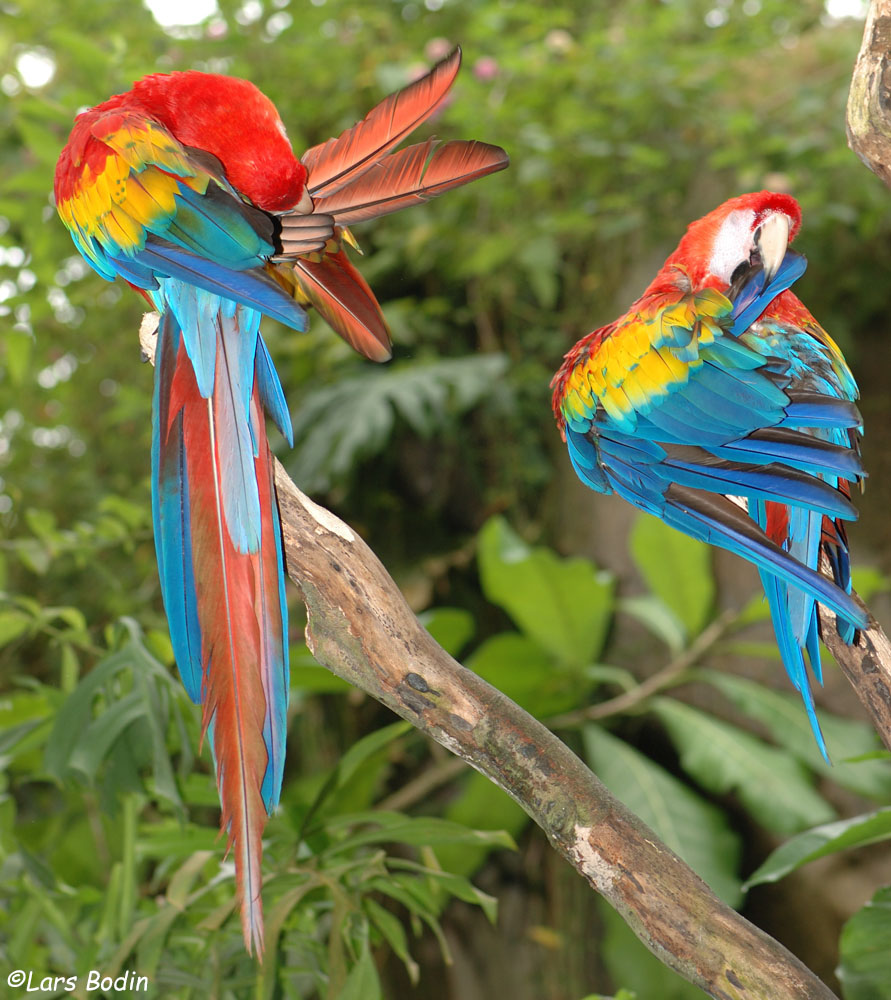