While many parrot species live in a specific geographic area the Psittacula species can be found in both Africa and Asia. For this reason the following species are listed not as just belonging to the African continent but to the Afrotopical biogeographic realm.

Compared to some of the other continents Africa hosts only a few species – most commonly known and easy to recognize are probably Lovebird and Grey Parrot. Among the most interesting species IMHO are the Vasa Parrot  who may seem a little dull compared to more the colourful parrots but have some very unusual characteristics that I find very fascinating. 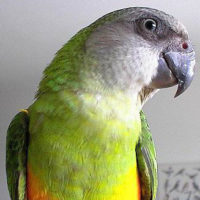 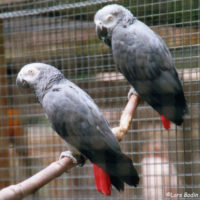