The Parvipsitta genus includes two small (about 15 cm) lorikeet species native to Australia: The Little Lorikeet and the Purple-crowned Lorikeet.

Previously these species were part of the Glossopsitta genus but recent studies resulted in a split and they are now classified as Parvipsitta. 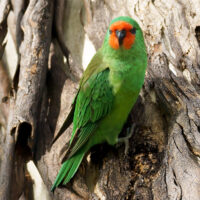 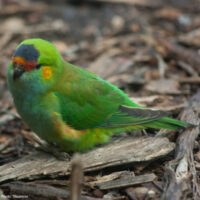