The Anodorhynchus genus includes three species: Hyacinth Macaw, Lear’s Macaw and Glaucous Macaw. They are characterised by blue body plumage, a very long tail and large strong beak. With a length of approx. 100 cm the Hyacinth Macaw is the largest parrot species in the world.

All three species are threatened according to IUCN due to hunting, trapping and habitat degradation; they are listed on CITES Appendix I and II and protected by local laws. 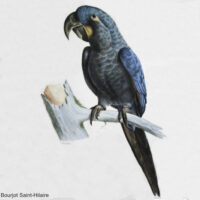 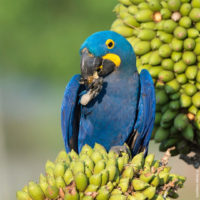 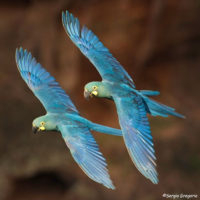