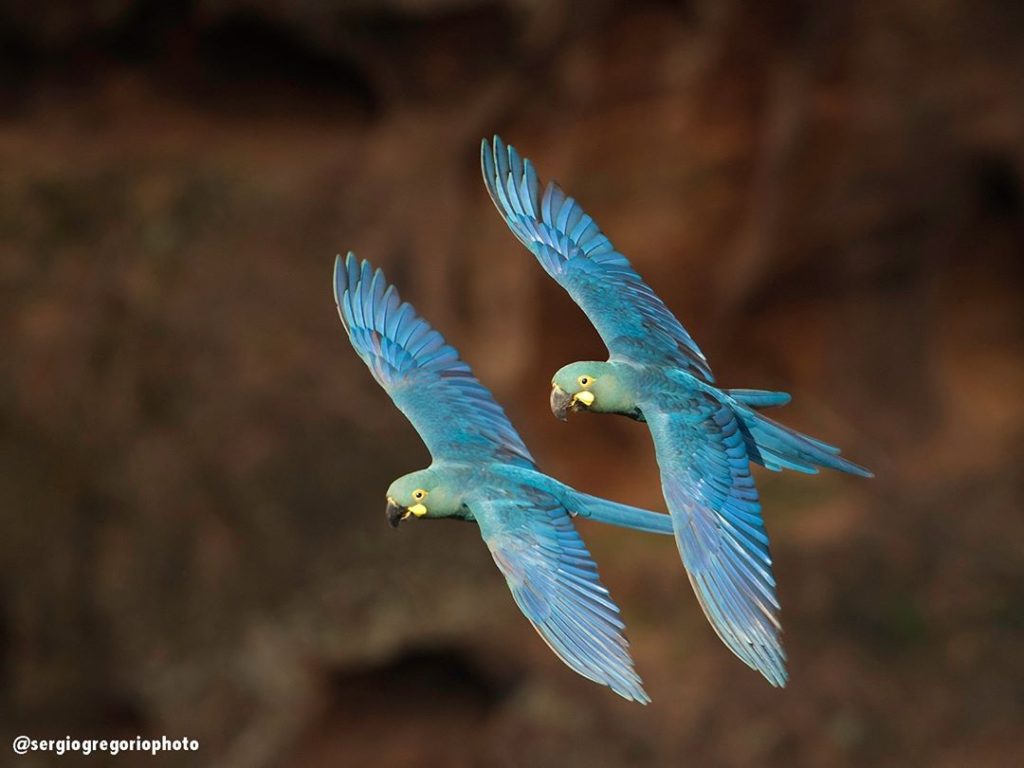 Lear’s Macaw (Anodorhynchus leari) is a large blue parrot with long tail endemic to Brazil. It is also commonly known as Indigo Macaw.

Lear’s Macaw is named after the English illustrator Edward Lear, who made many drawings and pictures of parrots. It was first described by the French biologist and ornithologist Charles Lucien Bonaparte in 1856.

They average lifespan is 30-50 years or more. They are fast flyers; with a speed up to approx. 55 km/h (35 miles/hour) they can escape most predators. They have a very penetrating call that can be heard several kilometers away. They are gregarious and often seen in flocks.

Since 2009 it has been listed as Endangered by the IUCN Red List due to trapping. It is protected by Brazilian law and listed on CITES Appendix I and EU Annex A.

Large blue macaw with a long tail. The head has a paler blue color with a faint greenish tinge. Large black bill with a yellow patch of bare skin at the base of the lower mandible. Orange-yellow eye ring. Dark grey feets.

Juveniles have a shorter tail and paler yellow facial skin. 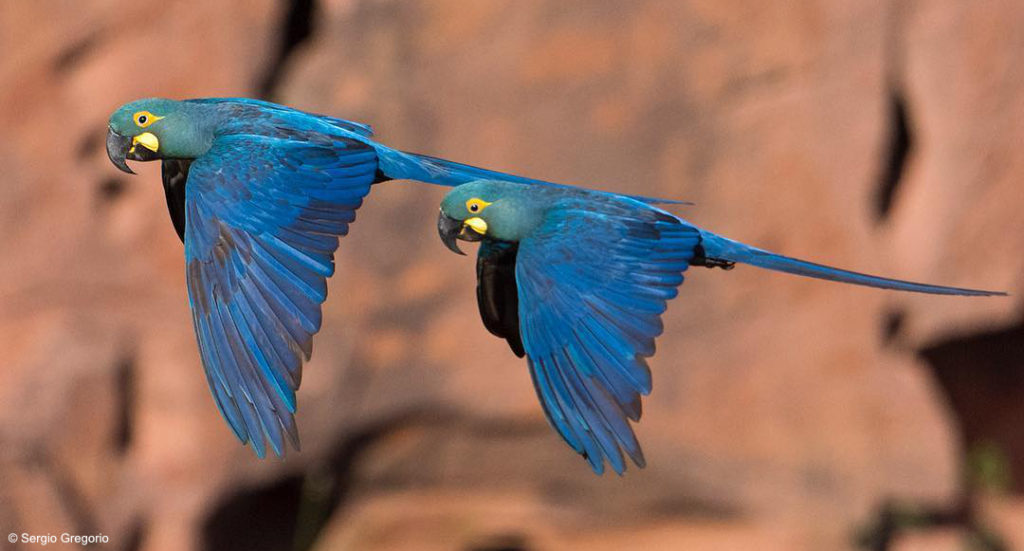 Two colonies have been observed at Toca Velha and Serra Branca, south of the Raso da Catarina plateau in northeastern Bahia region.

The birds mainly reside in Licurí palms, of which now only a fraction of the original stand is left, which is a major threat to the birds. They are found near sandstone cliffs used for nesting and roosting.

Lear’s Macaw forages in trees and on the ground; the main part of the diet is made up by licurí palm nuts but the diet also includes other nuts, fruit, agave flowers and maize.

A large aviary with a length of 12-15 m or larger and with a height of 4-5m is recommended.

The clutch usually contains 2-3 eggs that are incubated for 26-28 days.