The Psittacula genus includes 16 species. Most species have an overall green plumage and different colors on the head. The bill is large and strong and the tail is long.

The genus is geographically widespread with most species found in South-East Asia but also Africa and some islands in the Indian Ocean.

The Rose-ringed Parakeet is one of the most widely distributed of all parrots and was the first bird to be breed in captivity. People in India started breeding these birds more than 3,000 years ago introducing several colour mutations. They were admired for their beautiful colors and ability to speak and was considered a popular status symbol in Indian culture. Even the royals prized the Rose-ringed Parakeet. It was the first parrot to be introduced in Europe, where the Greeks started breeding these beautiful parrots. 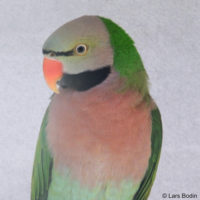 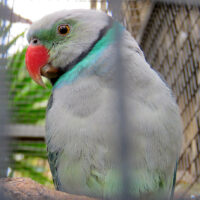 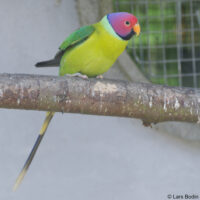 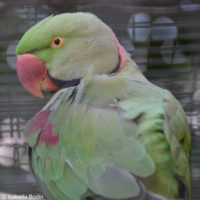 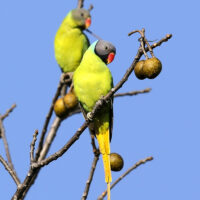 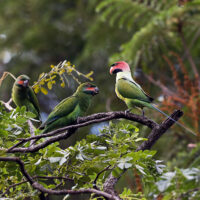 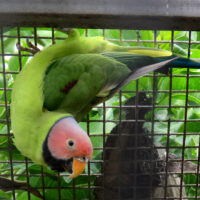