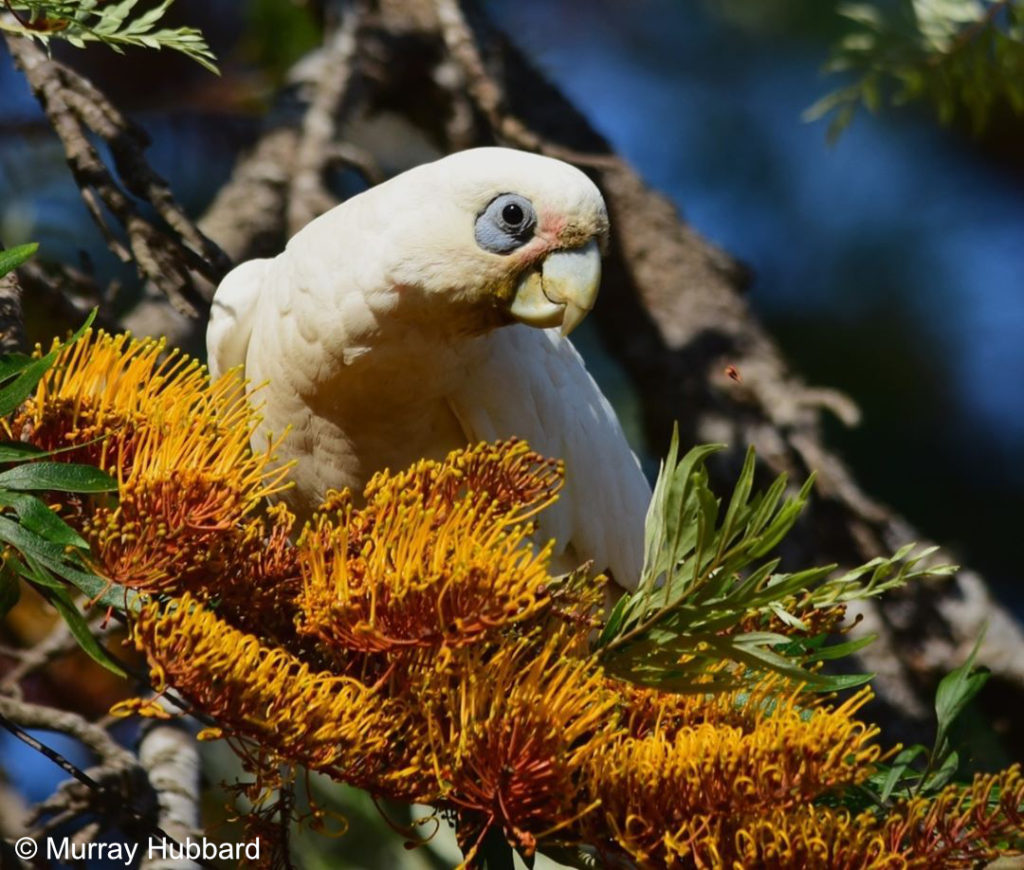 Photo credits: All photos on this page are copyright © by Murray Hubbard
See  more of his photos at Instagram: @birdsofaussie

It is widespread in most of Australia, where they can be seen in large flocks with thousands of birds (a flock with an estimated 60-70.000 birds has been reported). They are often seen in flocks together with other birds like the Galah (Eolophus roseicapilla), Sulphur-crested Cockatoo (Cacatua galerita) and Red-tailed Black Cockatoo (Calyptorhynchus banksii).

Despite their small size compared to other cockatoos, their calling can be very loud – especially when flying in large flocks, where the noise can be heard several kilometers away!

They roost in trees overnight and fly off early in the morning seeking food; they can travel several kilometers seeking food before returning to their roosting area.

They are very playful and can hang upside-down or roll on their backs when playing; they are also very noisy when playing.

They are rare in aviculture as they are not exported from Australia; only the subspecies C.s. normantoni from New Guinea is sometimes exported.

Small white cockatoo with small white crest, that is usually lying down flat on the head but raised when the bird is agitated or exited. Yellow underside of wings and tail. The grey-blue eye-ring extends into an area with naked skin below the eye. The eyes are dark brown. Small pink/orange lores (patch between the eyes and the beak). The legs are dark grey.

Both sexes have similar colors; however the female is smaller and also has a smaller eye-ring. Juveniles are similar to adults except for the subspecies C.s. sanguinea where juveniles has a paler blue eye-ring and grey/pink naked skin under the eye.

Little Corella look similar to the other corellas and are often confused, but the size of the bill and crest and also the red coloration on lores and breast distinguish these species: 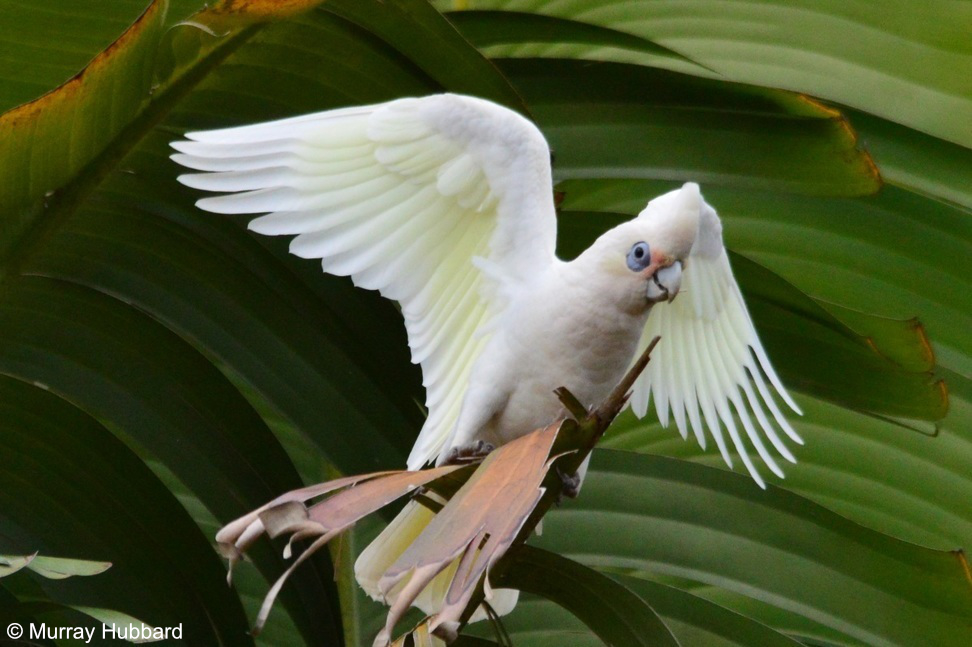 Little Corella is endemic to Australia, where they are wide spread over most of Australia.

They are native to a large habitat that ranges from the eastern coastal plains to the arid deserts of central Australia. 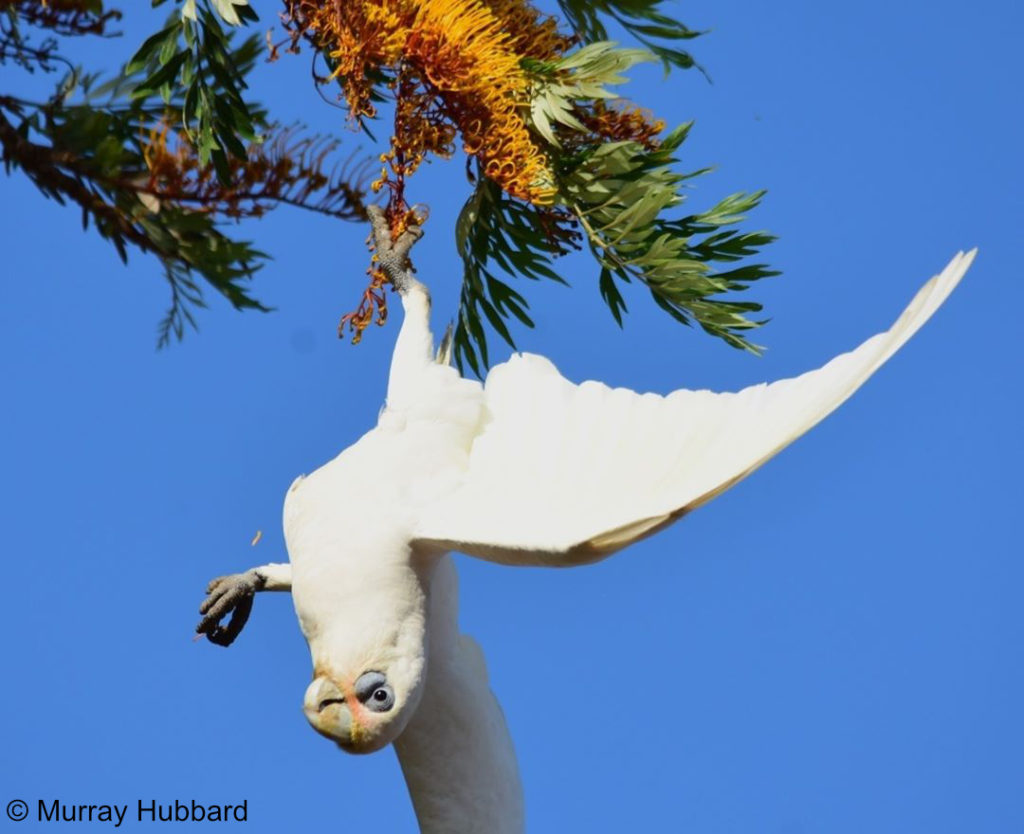 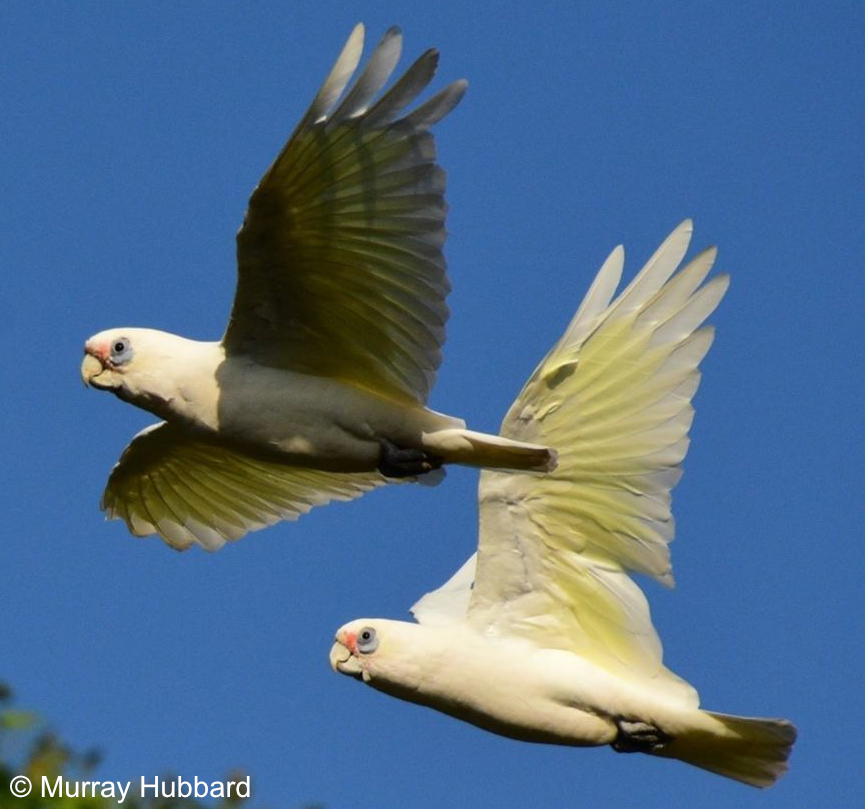 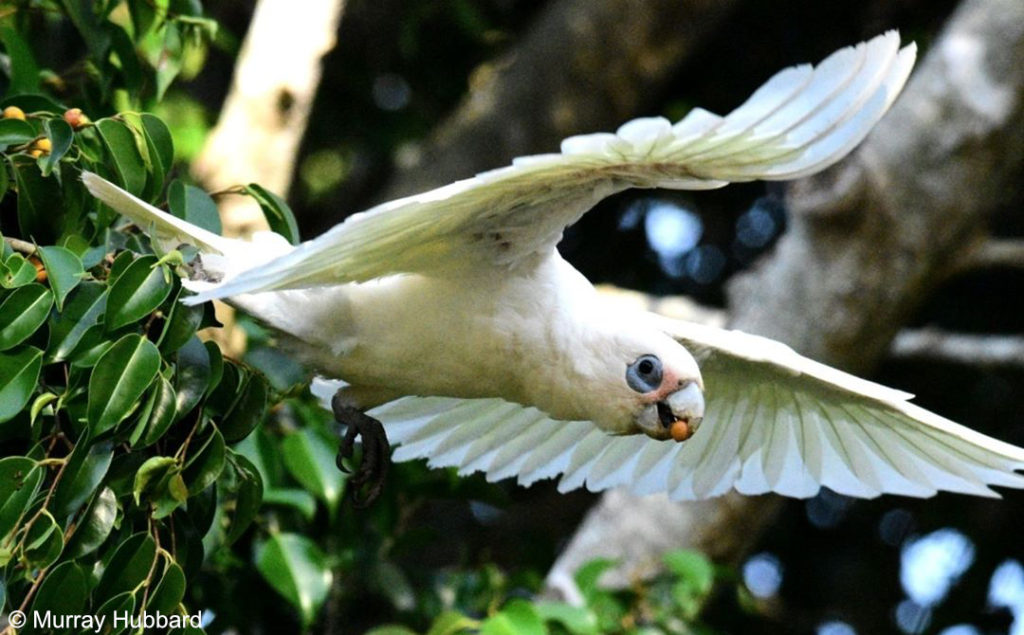 The food is usually found and consumed on the ground, but they also feed in trees and shrubs on occasion.

They also feed on cultivated crops and is considered an agricultural pest in some areas.

Little Corella is also found in urban areas, where they feed on lawn grasses.

The nest is typically in a tree hollows but they are also known to use a cliff cavity or termite mound. The nest is often reused several times.

Little Corella are gregarious and like to nest in colonies with other breeding pairs and it is not unusual to see several nests in the same three. The male and female form a very close and lifelong bond.

Little Corella is relatively easy to breed in captivity. The aviary should be at least 3 m long. The birds should be provided with lots of bird-safe chew toys and branches.

The nesting box should be 30 x 30 x 60 cm; alternatively a one meter long log with an internal diameter of 35 cm can be used.

The clutch usually contains 2 eggs, that are incubated for about 21-26 days. The chicks leave the nest about 45 – 50 days after hatching.

All photos on this page are copyright © by Murray Hubbard
See  more of his photos at Instagram: @birdsofaussie 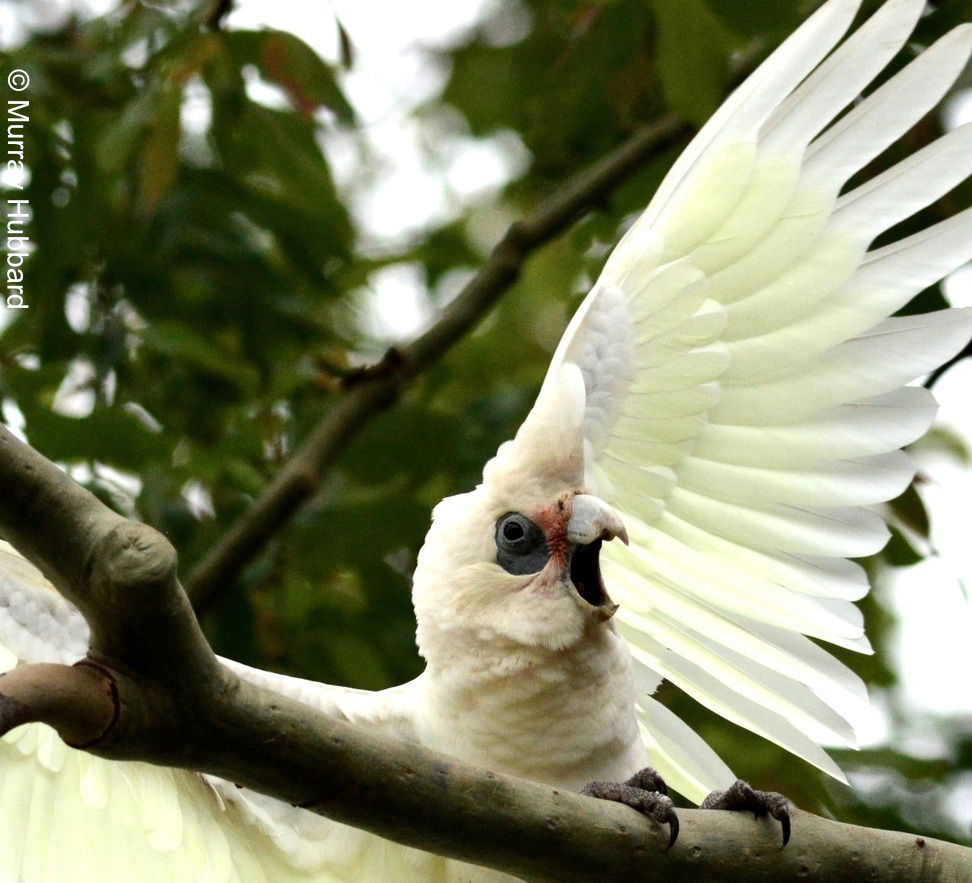 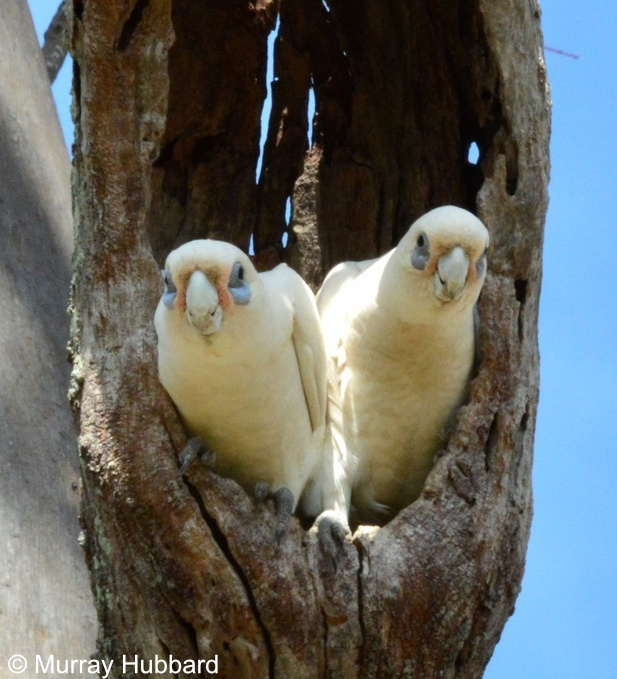