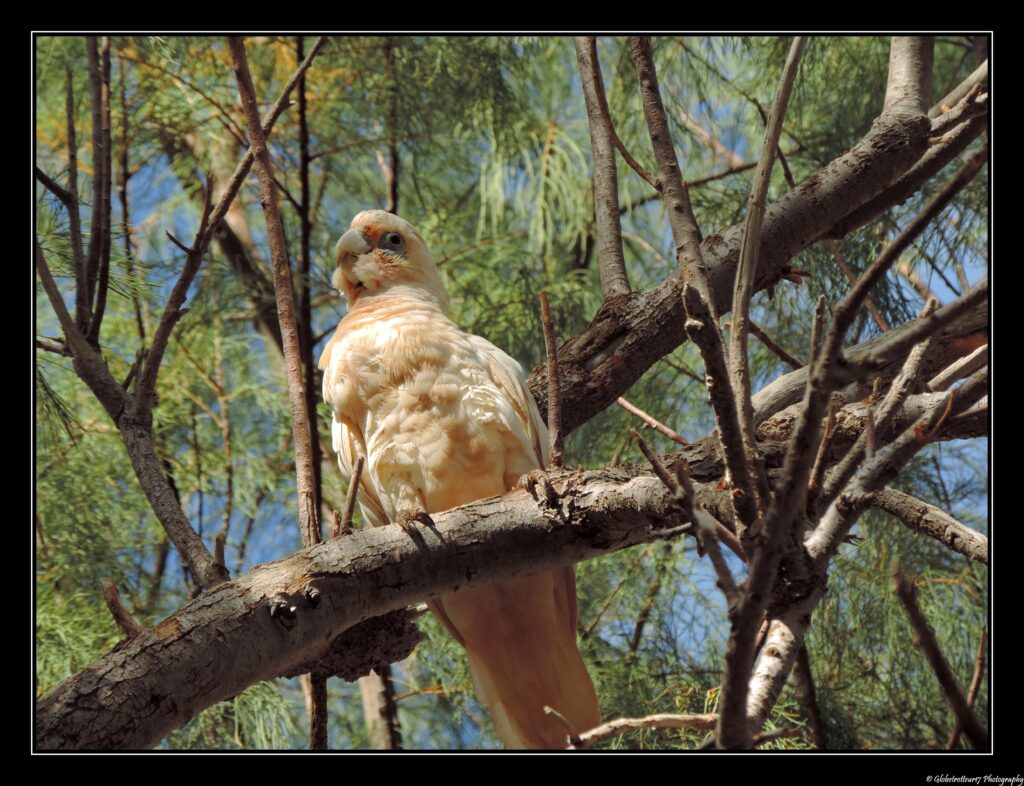 Like most cockatoos they bond strongly to their mate or to their owner. They are highly intelligent and can learn to mimic words and sounds.

Western Corella are not as common in aviculture as the other Corellas: Long-billed Corella (Cacatua tenuirostris) and Little Corella (Cacatua sanguinea); possibly because they can be aggressive towards other birds in the aviary.

Western Corella is a medium sized stocky white cockatoo with a white crest. Small crimson pink coloring between the beak and eyes and a small pink patch on the throat. The wings are broad and rounded. The underside of the wing and tail is pale yellow. The eye-ring is blue-grey and continues into an area of naked skin below the eye. The beak is dull grey; adults have a relatively long beak though not as long as the Long-billed Corella. The legs are dark grey.

Male and female look similar but males are slightly larger and have a deeper call. Juveniles has a much shorter beak and can easily be confused for a Little Corella.

Western Corella look similar to the other corellas and are often confused, but the size of the bill and crest and also the red coloration on lores and breast distinguish these species:

Western Corella is endemic to the south-western Austalia, where they can be seen in large flocks with up to 700 birds during the summer. The flocks are often very noisy and can be heard from far away.

They prefer grassy open forests and eucalypt woodland near watercourses. 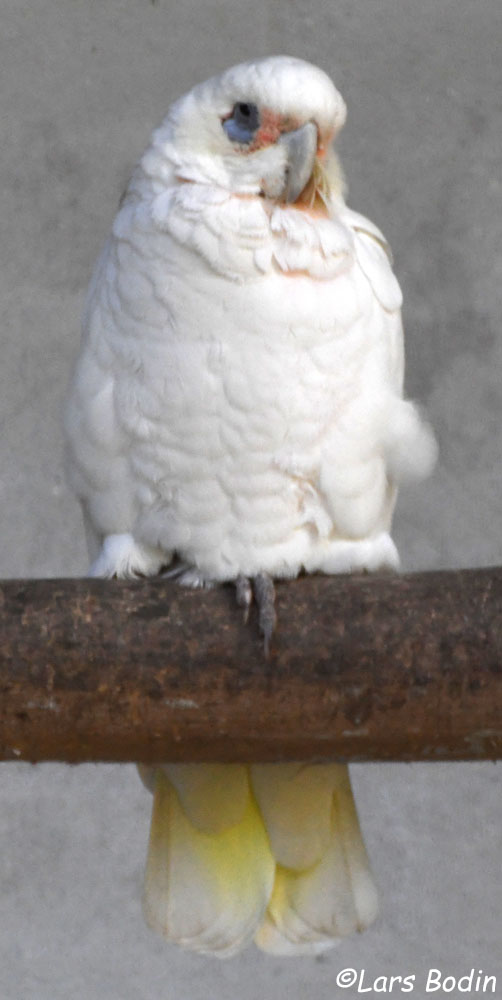