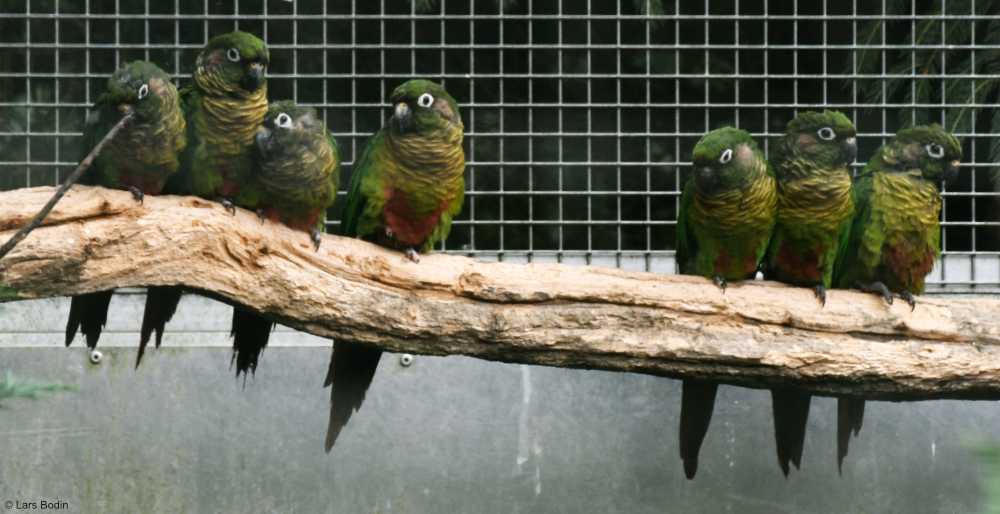 Maroon-bellied Parakeet (Pyrrhura frontalis) was first described in 1818 by the French ornithologist Louis Pierre Vieillot; after which it is named Conure de Vieillot in French. In aviculture it is commonly known as Maroon-bellied Conure. It is a small parrot native to Brazil, Paraguay and Argentina.

They are among the quietest of conures and are common in captivity. They can learn to mimic simple words, although not as clearly as some other parrot species.

They are social and usually found in flocks of 6-12 birds but sometimes up to 40.

They are generally common and not threatened; they are listed on CITES Appendix II and EU Annex B.

With good care the lifespan is about 25-30 years.

Primarily green with a maroon patch on the belly as implied by the name; the undertail is also maroon. Narrow red/brown frontal band. The breast is olive/brown with yellow bands and dark brown tips resulting in a characteristic scaly pattern. The primaries are blue on the outer webs with green on the inner webs; darker on the tips. Grey/brown ear coverts. Dark brown eyes with bare white eye-ring. Black bill.

Juveniles have similar colors but duller in colour and the maroon patch is smaller; also the tail is shorter. 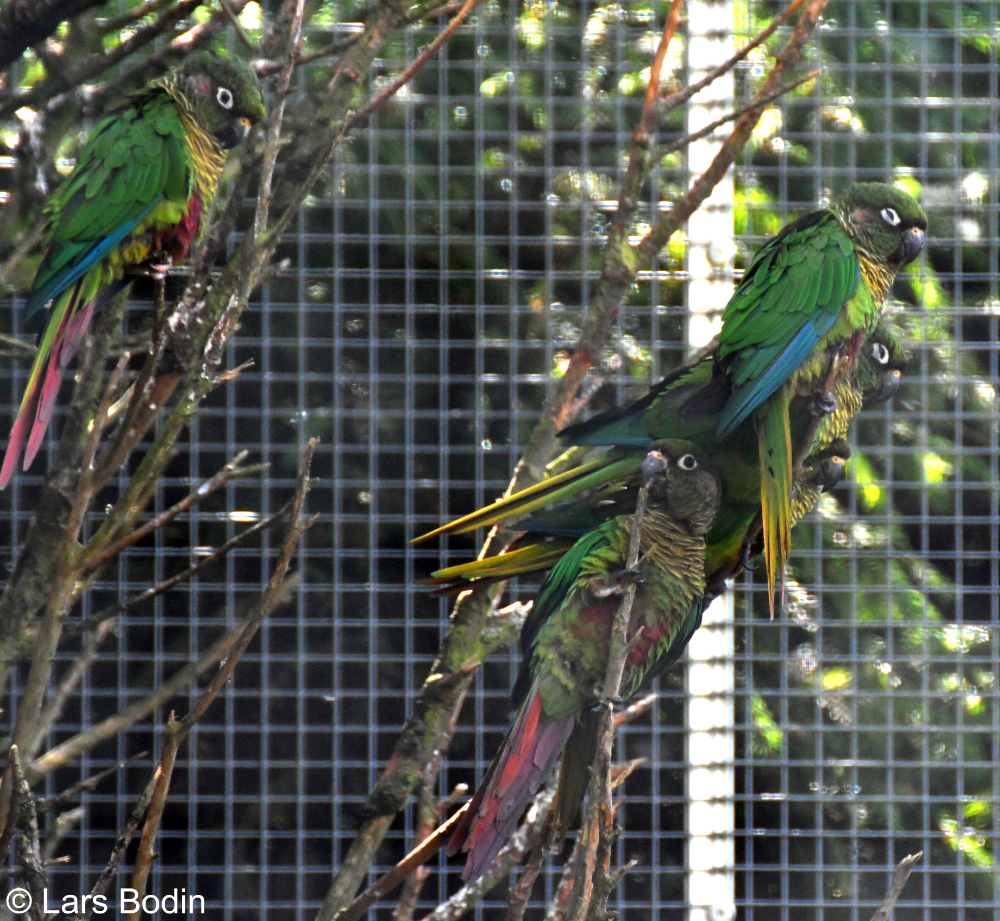 A third subspecies P. f. kriegi was previously described but is now considered a junior synonym of the nominate subspecies. They are known in aviculture as Krieg’s Conure and is distinguished by a narrow brownish red tip on the tail.

The Maroon-bellied Parakeet is common in woodland and forest edges but also found in urban parks and gardens.

The clutch contains 4-7 eggs. The eggs are incubated for 22 days and the chicks fledges after 7-8 weeks.