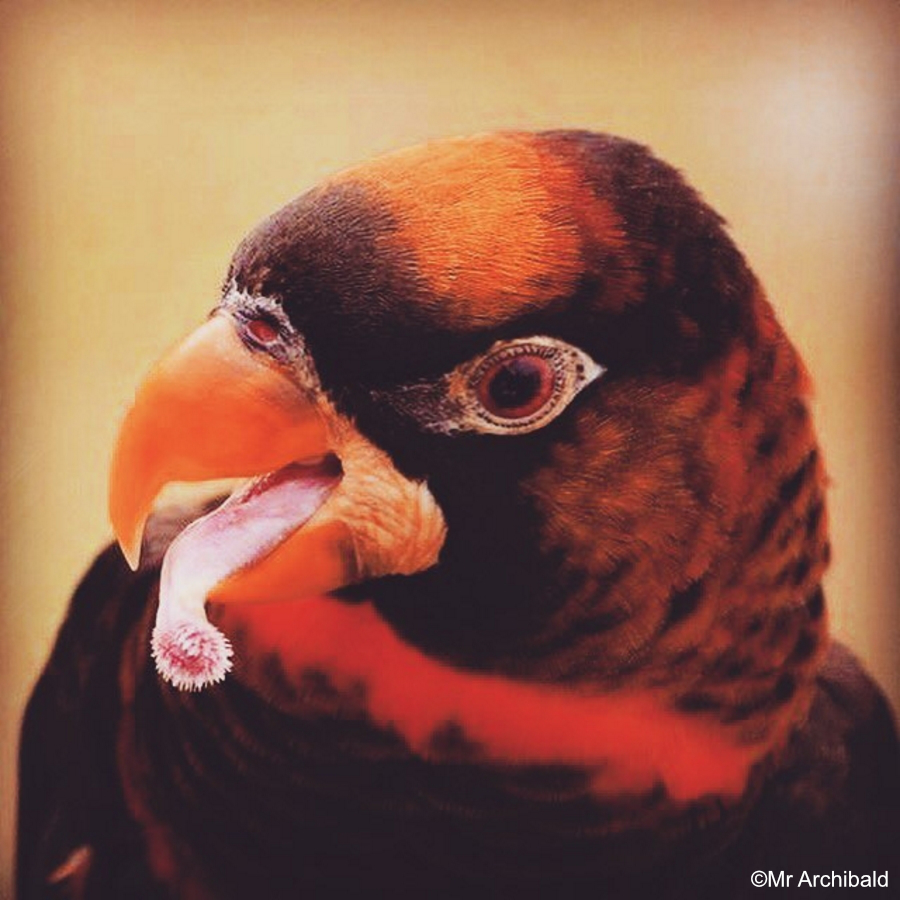 Photo credits: All photos on this page are copyright © mr_archibaldd

The Dusky Lory – Pseudeos fuscata (Blyth, 1858) – is a medium sized parrot with a short tail native to New Guinea, Salawati and Yapen islands.

It was previously considered polytopic with the nominate subspecies P. f. fuscata including birds native to Salawati and nearby mainland; all other birds was placed in the P. f. incondita subspecies. Today it is however considered monotypic and P. f. incondita is included in Pseudeos fuscata.

Like the other lory and lorikeet species it has a very special brush-tipped tongue, that is used to collect nectar from flowers (see photo above).

The average lifespan is 28-32 years. They are fairly common in captivity.

They are nomadic as they depend on flowering trees for food. They are very social and roosts communally in large flocks.

The plumage is generally dusty olive/brown with a white back and rump. Across the upper chest is a band that can be either yellow or orange/red, as the Dusky Lori has two colour phases (this should not be confused with different subspecies). Some birds also have a second band across the chest. The lower part of the chest and abdomen is yellow or orange/red (depending on colour phase). The eyes are red. The legs are grey. The beak is deep orange.

The male and female have identical colours.

Juveniles look similar to the adults but with more extensive yellow or orange/red markings on underparts; the beak is black/brown with yellow base; the eyes are yellow/grey.

The Dusky Lory is native to New Guinea and the nearby Indonesian islands of Batanta, Salawati og Yapen.

They prefer subtropical or moist tropical lowland forests below 2.500 m.

At least 40-50% of the diet should be based on nectar; either commercial or homemade (there are several recipes available on the Internet and various books if you prefer to make it yourself).

Also provide fruit and vegetables, for example apple, pear, banana, carrot, corn and peas. Sprouted seeds are easy to make and are a healthy food addition for all birds. Supplement with a small amount of canary seeds or oats.

Typically the clutch contains two eggs that are incubated for 24 days. The chicks leave the nest about 10 weeks after hatching.

All photos on this page are copyright © Mr Archibald. See more photos on Instagram: @mr_archibaldd 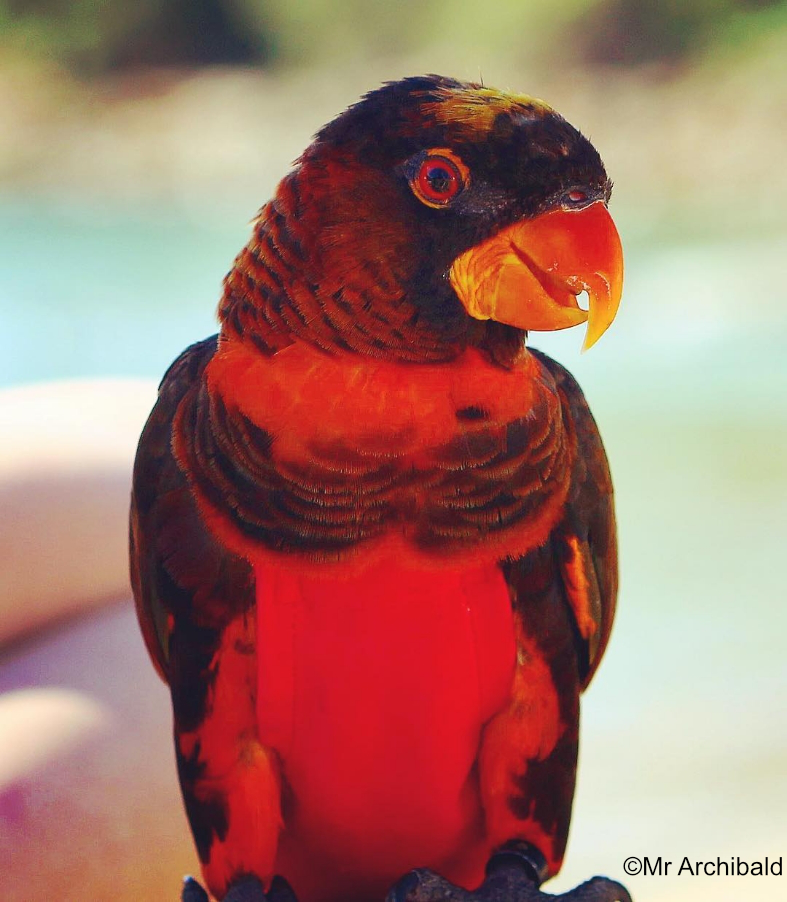 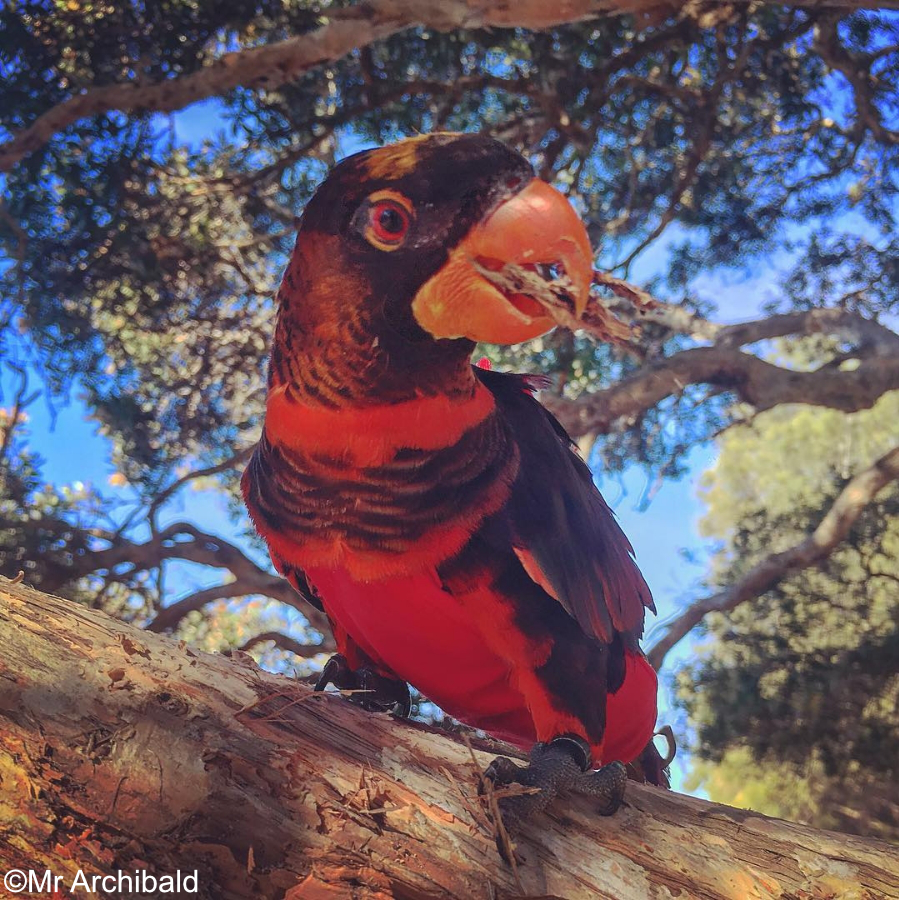 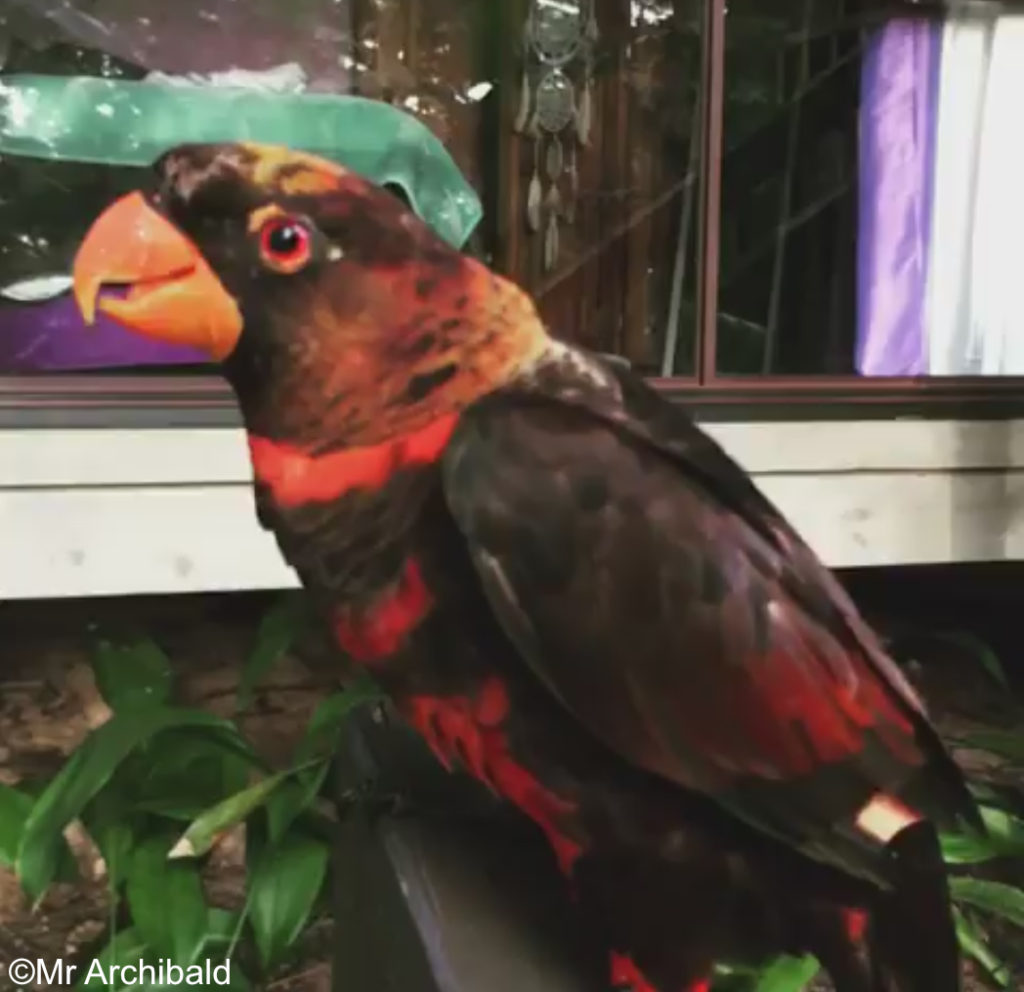 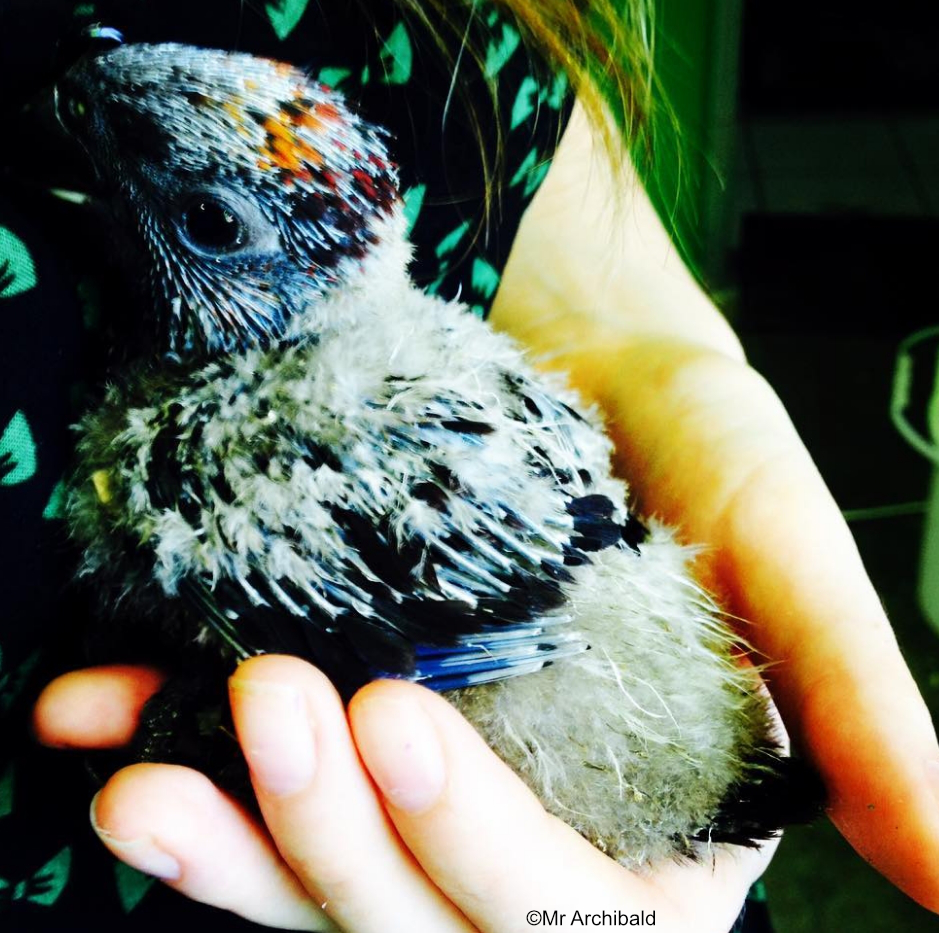