The New Zealand Kaka is endangered and has disappeared from a much of its former range. Its natural habitat is forests in New Zealand.

The Kea is also endangered; many birds was killed by hunters, as the Kea was accused of attacking livestock, especially sheeps. It received full protection in 1986 but are still uncommon.

The Norfolk Kaka is extinct – the last captive bird died in 1851, it is unknown when wild population became extinct. They used to live on Norfolk Island and Phillip Island but was hunted for food and as pets. 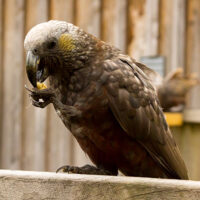 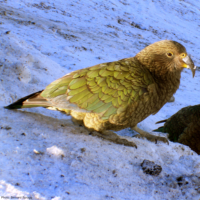