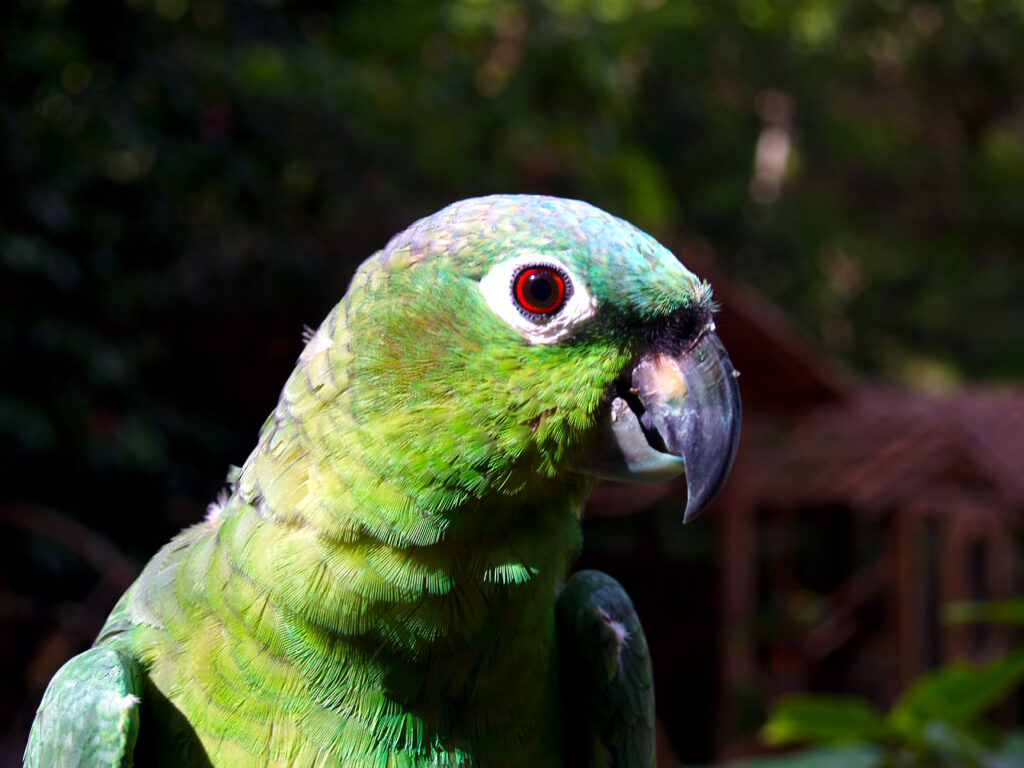 It was previously thought to be a subspecies of Amazona farinosa but was recently split into Amazona guatemalae.

They are very social and usually seen in pairs or in large flocks. They also interact with parrots, e.g. macaws. They are usually quiet but may be noisy at dusk and dawn.

The Northern Mealy Amazon is Near Threatened according to the IUCN Red List due to loss of habitat due to deforestation; hunting and trapping for international trade is also a threat.

The nominate subspecies is mostly green with a blue crown, forehead and lores. The  carpal edge of the wing is green/yellow and the edges of wing feathers are blue with red on secondary feathers. The tail feathers are dark green with light green tip.  The tail is relatively short and squarish like other Amazons. The eye is red with a white eye ring. The bill is dark grey.

The juveniles have similar colors but brown eyes. 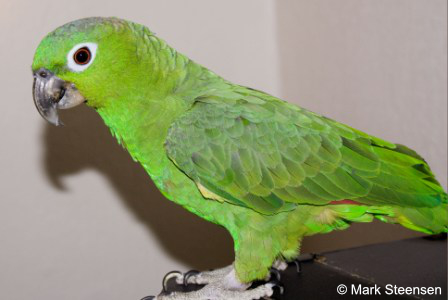 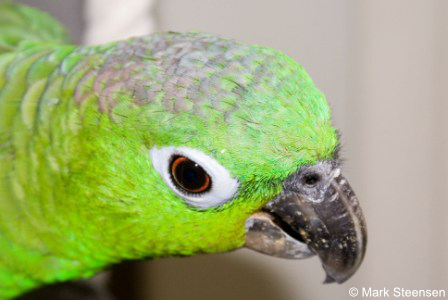 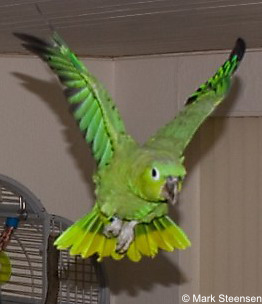 The natural habitat ranges from south-eastern Mexico to western Panama, where it is found in lowland rainforest as well as lower montane forest and plantations.

The clutch usually contains 3 eggs that are incubated for 24-27 days. The chicks reach fledging age after 9-10 weeks.