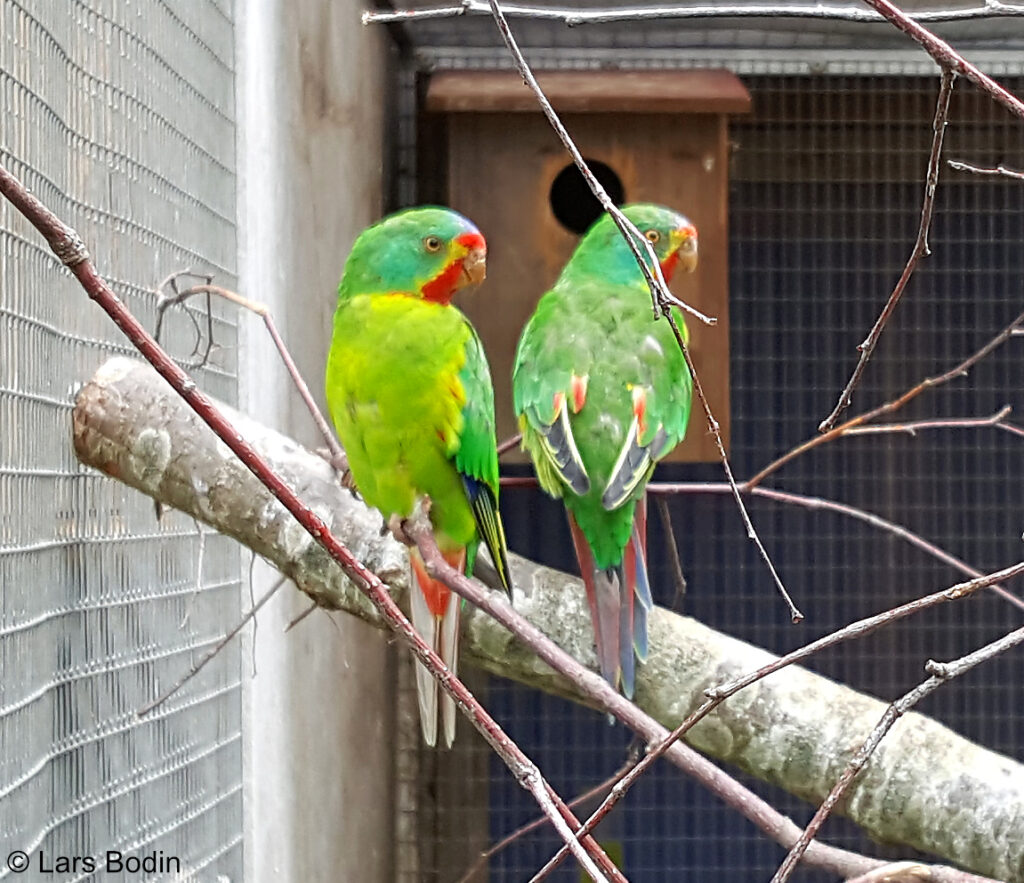 The Swift Parrot – Lathamus discolor (Shaw, 1790) – is the only species in the monotypic Lathamus genus. It is a slim parrot about 25 cm long with pointed wings and a long pointed tail.

The Swift Parrot breeds in Tasmania and then migrate to the mainland Australia during the winter season. They can travel up to 5.000 km between their breeding range and winter habitat, which is the longest migration of any parrot species.

According to the IUCN Red List the Swift Parrot is Critically Endangered as the population is in extremely rapid decline. This is mainly caused by the introduced predator Sugar Glider (Petaurus breviceps), that raid most of their nests in Tasmania and also kill a large amount of adult birds. It is listed on CITES Appendix II.

They are gregarious and often seen in mixed flocks with other parakeets. They also flock during breeding season.

They are very noisy, especially before their nighttime roost. They are also very active and can be seen flying around the trees before settling to forage.

They are uncommon in captivity. Expected lifespan is 15 years.

The  female is duller than the male and with less red in face. 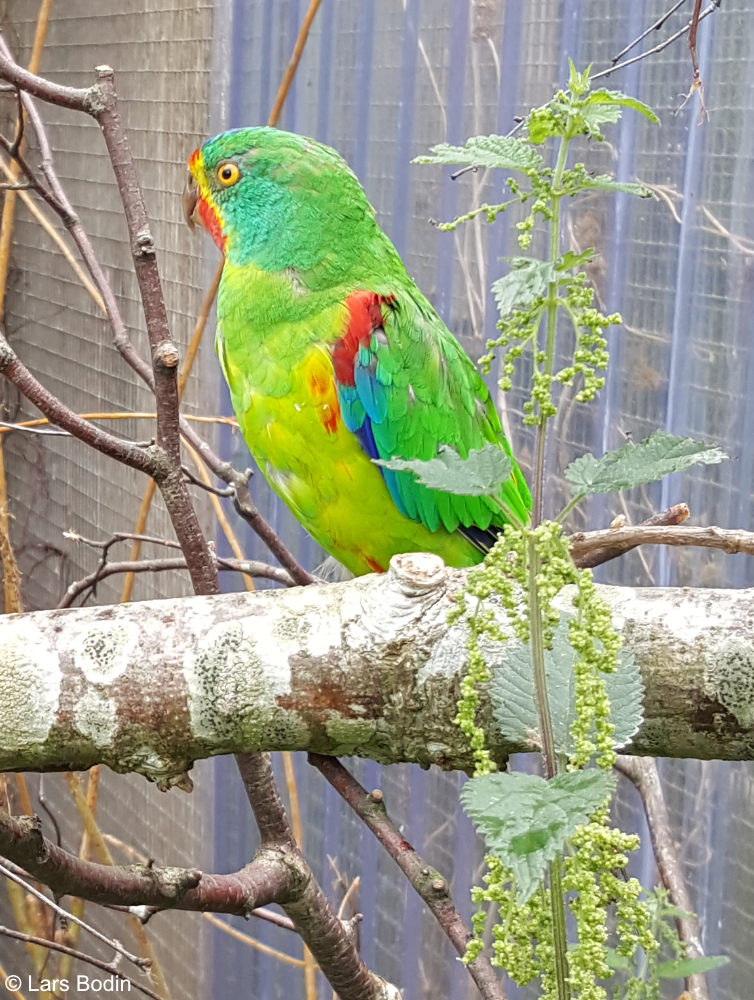 During breeding season it nests on Tasmania and Flinders Island.

In the winter season it migrates to eastern and southeastern Australia.

Found in forest, woodland, grassland, agricultural and plantations up to 1500 m. Also seen in urban areas.

They nest in tree hollows usually 6-20 meters from ground level and often with other breeding pairs.

The wild diet is based on nectar, pollen, fruit, berries, grass seeds, insect larvae, psyllids (lice) and lerp (a structure of crystallized honeydew produced by larvae of psyllid).

The aviary should have a minimum length of 3 meters. They are very active so provide space and plenty of branches, swings, ropes etc. They are usually not aggressive and can be housed with other birds (even other species).

The clutch usually contains 3-6 eggs that are incubated for about 20 days. The chicks reach fledging age after 6 weeks.