The genus Calyptorhynchus used to include five species of large black Cockatoos native to Australia but recent studies have split three of these species into the new Zanda genus.

The black cockatoos have been reclassified several times, which makes it a little difficult to search information on the Internet or in old books, as the names or classification may be different:

At first the black cockatoos was categorized in the Psittacus genus but was moved to the new Calyptorhynchus genus in 1826 by the French naturalist Anselme Gaëtan Desmarest. In 2020 with the IOC 10.2 update the Calyptorhynchus genus was split now only includes the Red-tailed Black Cockatoo and Glossy Black Cockatoo – the other three species of black cockatoos are now included in the Zanda genus instead. 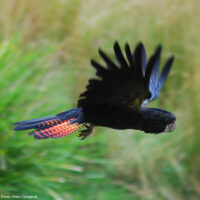 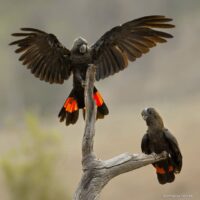 These photos are licensed under the Creative Commons CC BY-SA 4.0 license.