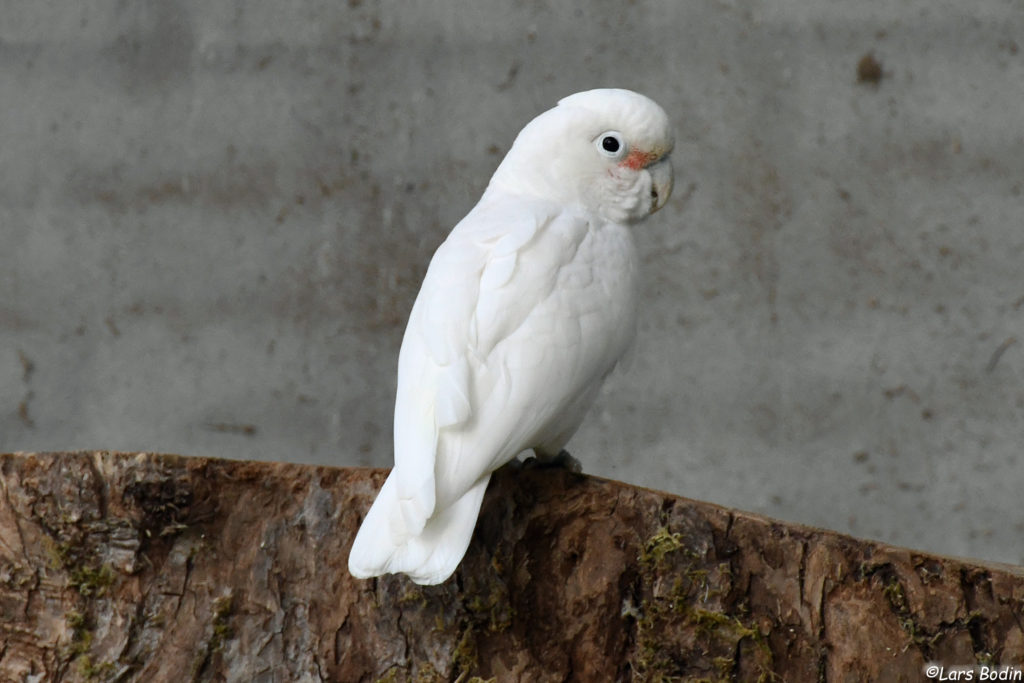 Tanimbar Corella – Cacatua goffiniana (Roselaar & Michels, 2004) – is the smallest of the white cockatoos. In aviculture it is also known as Goffin’s Cockatoo.

They are very intelligent and curious – everything is examined and studied closely. They will soon learn how the cage is opened and if they are able to reach the latch using their bill or claws, it is just a matter of time before they know how to open the cage by them self. Make sure to use a cage or aviary where the latch can not be reached from the inside (e.g. a cage with a small metal plate covering the area around the latch) or secure the cage with a padlock.

Tanimbar Corella are full of energy and rarely sit still and relax for long periods of time; instead they love to play and examine stuff . You have to watch them closely to avoid accidents! Be very careful with earrings, necklaces, watches, buttons etc. as they can quickly destroy stuff like that with their strong beak and they can not resist examining everything they see by biting and pulling it. Also make sure to keep them away from electrical cables and anything else that is not bird-safe!

I can highly recommend Tanimbar Corella as a pet parrots; they are very sociable and love to cuddle not only with the owner but with all members of the family. Also they are not as noisy as the larger cockatoos; however they do have a sharp annoying screech when agitated. Tanimbar Corella can learn to mimic simple words or short sentencens; they are however not great talkers.

They are susceptible to PBFD so make sure to keep new birds in quarantine and examine the plumage, beak and claws carefully.

The Tanimbar Corella was first discovered in 1863 by Otto Finsch, who categorized it as Lophochroa goffini to honor his good friend Andreas Leopold Goffin. Later it was reclassified as Cacatua goffini. However, in 2000 it was discovered that the two specimens used for Finsch’s formal description actually were Solomons Cockatoo (Cacatua ducorpsii). For this reason the Cacatua goffini classification was thus considered a synonym for Solomons Cockatoo leaving the Tanimbar Corella without a formal classification. In 2004 the Tanimbar Corella was formally classified by Roselaar & Michels as Cacatua goffiniana to honor Finsch’s original intent of naming this species after his good friend.

The overall plumage is white. The white crest is small compared to the larger cockatoos. The area between the bill and eyes is salmon colored. The crest and neck also have some salmon feathers but these are usually covered by the white feathers and only visible when the crest is raised. The underside of wing and tail feathers has a yellowish tinge. The bill is pale grey. White or pale grey eye-ring.

Both sexes look similar but the male has dark eyes; the female has reddish dark brown eyes. Juveniles are missing the salmon color between bill and eyes.

Expected lifespan is more than 40 years in captivity with good care and healthy diet.

For the untrained eye the Tanimbar Corella may be confused with the Little Corella (Cacatua sanguinea) due to their similar size and appearance, but the Little Corella has blue eye-ring that extends into an area with naked blue skin below the eyes.

Tanimbar Corella are endemic to the forests in the coastal lowlands of Larat, Selaru and Yamdena islands (part of the Tanimbar Islands in eastern Lesser Sundas of Indonesia).

Currently there is a large population of wild Tanimbar Corella but their natural habitat is within a rather small range and habitat degradation is likely to cause some reduction in population. They are also threatened by continued trapping. For this reason they are listed on the IUCN Red List as “Near Threatened”. 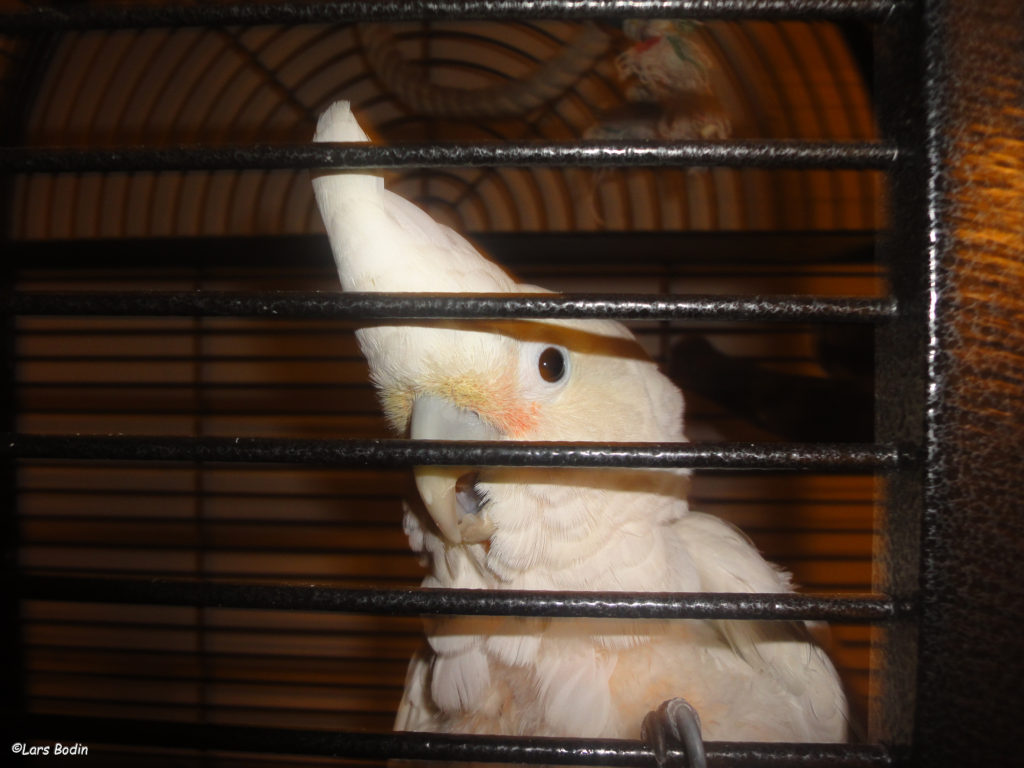 I recommend using ZuPreem or another high quality pellet brand as the main part of the diet, about 75%. These pellets contains all the important vitamins and minerals that are required and also have a low content of fat.

Add a good seed mix, nuts, vegetables and fruit. Avoid peanuts as they may be infected with fungus, which may cause Aspergillosis.

Peas in pods is a healthy snack that the birds enjoy as they have to “work” to get the peas out of the pods.

The clutch contains 2-3 eggs that are incubated for about 28 days. Fledging time is about 11 weeks. 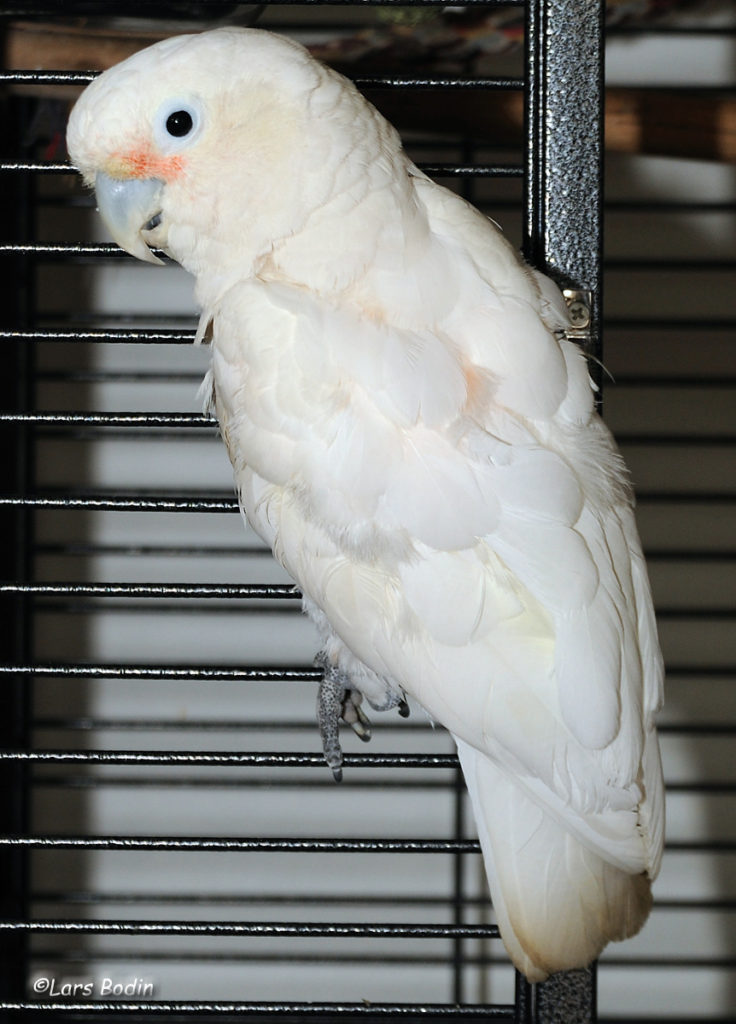 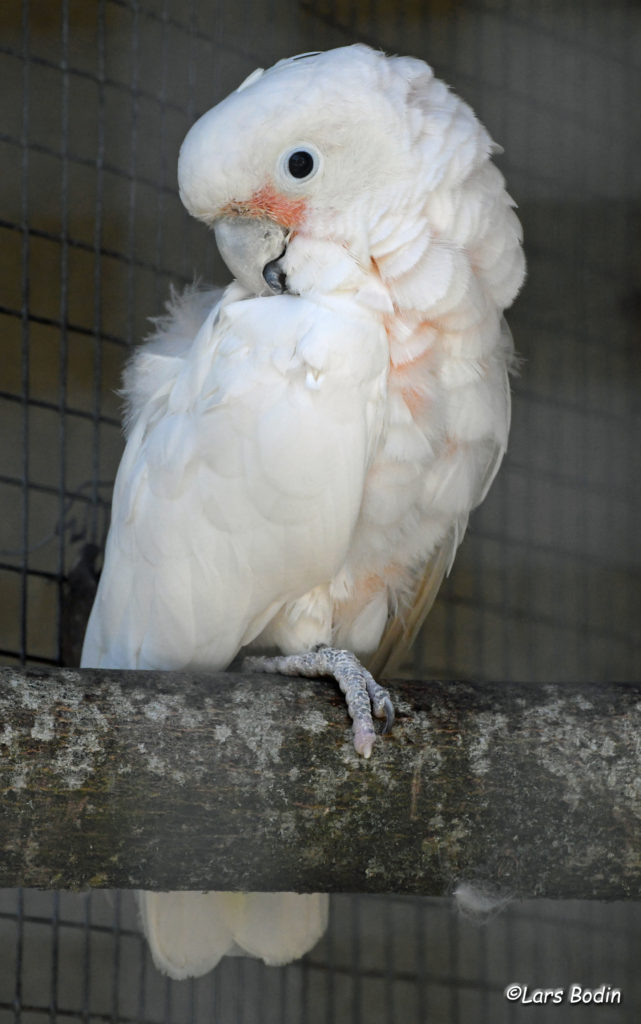 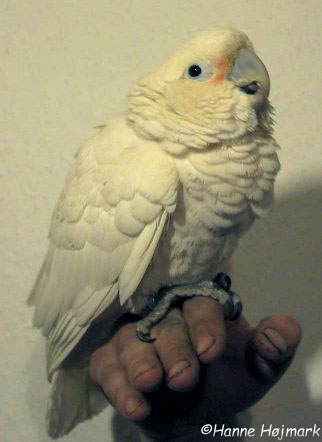