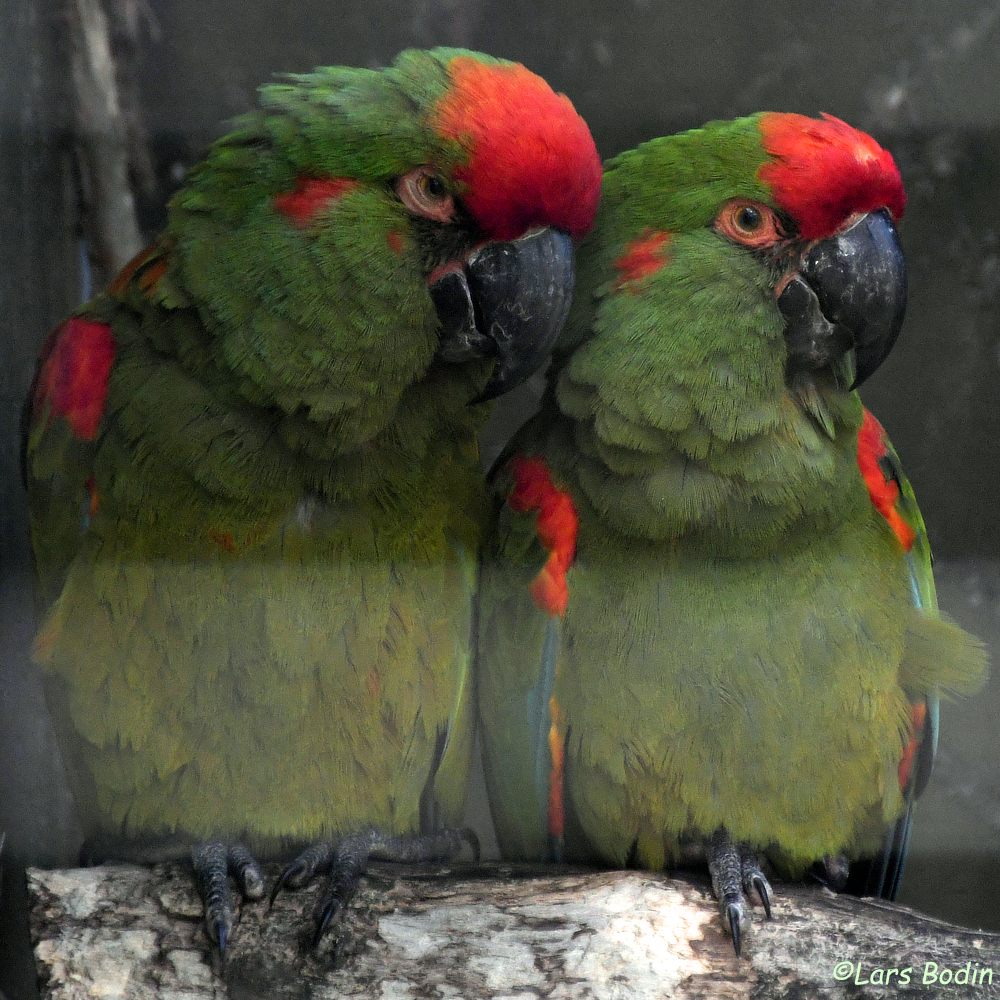 They are very sociable and usually seen in small flocks. They are also very noisy!

They are also very confiding and you can easily get very close to wild birds, which sadly make it easy to trap or kill the birds…

They are uncommon in captivity and sadly also in the wild as they are critically endangered! According to the IUCN Red List the Red-fronted Macaw has a very small and declining population of an estimated 134-272 (last accessed August 2018).

According to a study in 2002-2005 by World Parrot Trust there has been substantial trapping of adult birds and poaching of nests due to lack of enforcement of the protection laws. About 40% of their natural habitat has been converted to agricultural use; in periods with little food in their natural habitat, they will raid crops, and are considered a pest by some farmers and shot.

Notice the Red-fronted Macaw is on CITES Appendix I. and EU Annex A!

Juveniles have similar colours but the orange-red forehead is either completely absent or diminished; thighs are green with orange tinge; the tail is shorter; eyes are brown.

The  Red-fronted macaw is endemic to a small semi-desert mountainous on the eastern Andean slope of central and southern Bolivia.

The vegetation in this area consist mostly of cactus, thorny trees and shrub.

Most parrots nests in holes in trees but the Red-fronted Macaw nests on vertical fissures in cliff faces as there are no large trees in its range.

Wild diet consists of seeds and fruits. However, this is often scarce and force the birds to also raid crop plants like maize, peanuts and groundnuts. For this reason some farmers consider the Red-fronted Macaw a pest.

They should have access to a large aviary with a length of at least 15 m. 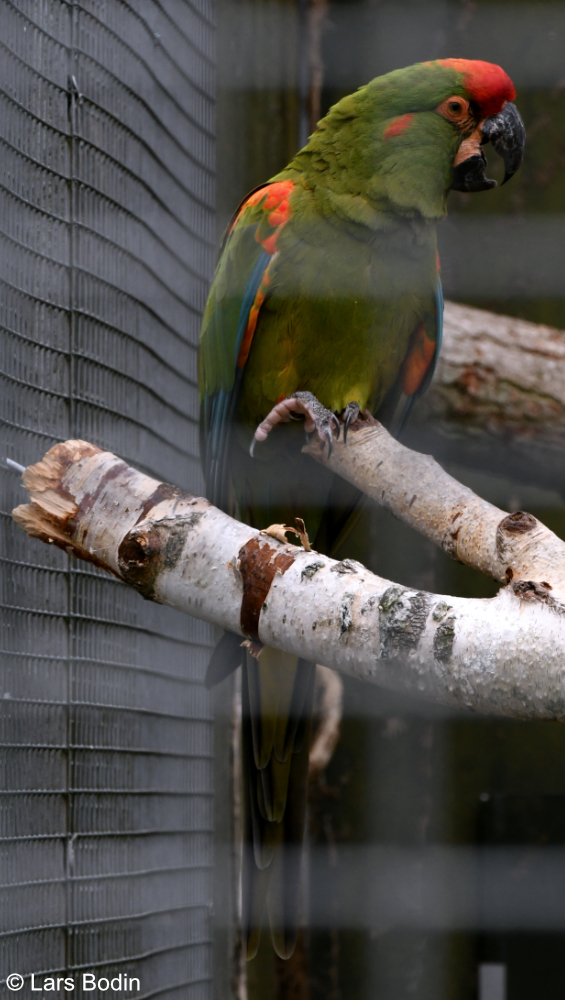