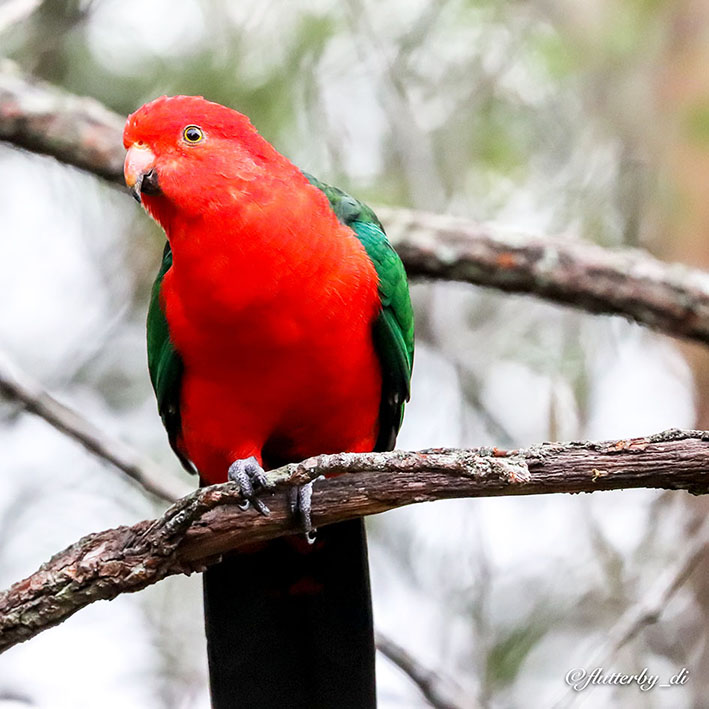 Australian King Parrot – Alisterus scapularis (Lichtenstein, MHK, 1816) – is endemic to eastern Australia. This species was first described by the German naturalist Martin Lichtenstein in 1816. Previously the King Parrots was included in the Aprosmictus genus.

The Australian King Parrot is dimorphic; the male has a bright red head and chest and the female has green head and upper chest. The male is the only parrot species with entirely red heads.

They are usually found in pairs or small groups; after breeding they may gather in flocks of up to 50 individuals. Sometimes they are seen in small groups with various species of Rosellas.

They gather in groups to feed in the morning and are wary and quiet when eating. When they are done feeding they will sit quietly through the heat of the day until they become active again in late afternoon.

In captivity the average lifespan is 25-30 years with proper care. They are fairly common in aviculture in Australia but less common elsewhere. As pets they are not affectionate birds and most do not like to be handled. They are relatively quiet compared to other large parrots. They can learn to talk but is not as skilled as some other species.

These large parrots require a lot of exercise; pets should have at least 3-4 hours of supervised out-of-cage playtime in a “bird-safe” part of your every day; they are very curious and can easily get in trouble if you do not take proper precautions! When kept in an aviary make sure that the aviary is at least 3-4 m long; they love to climb, swing and chew so make sure to provide plenty of bird safe toys and fresh branches.

Australian King Parrot is listed on CITES Appendix II and EU Annex B.
It is categorized as by Least Concern the IUCN Red List.

Relatively large red and green parrot with a long, broad tail. The plumage of the male and female are very different:

The male has a red head, neck and underparts; the back and wings are dark green with a pale green shoulder band. The red head and green back is separated by a blue band. The tail is green. The rump is blue. The upper mandible is orange/red with a black tip, the lower mandible is black with orange base. The eyes are yellow.

The female has green head and upperparts; the lower breast and abdomen is red. The pale green should band is either missing or very small. Dark green tail with pink at tip. The bill is grey.

Juveniles are similar to the adult female but the lower breast is green, the eyes are brown and the bill is dull yellow. 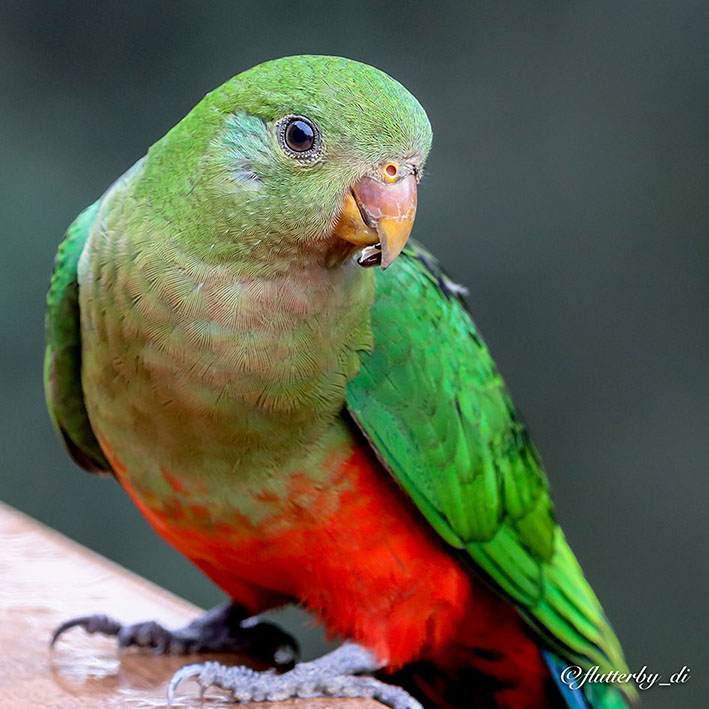 Australian King-Parrots are native to the east coast of Australia; from Cooktown in Queensland to Port Cambell in Victoria.

They are usually found in rainforests or wet sclerophyll forests up to 1625m (5330 ft). Outside the breeding season they are also found in cultivated lands, parks and even gardens.

A major part of the diet is based on seeds from eucalypts, angophoras and acacias.

In some cases they may also feed on crops.

In captivity the main part of the diet should be based on high quality pellets e.g. ZuPreem. Also provide fresh fruit and vegetables and some high quality seed mix.

Australian King-Parrots use a deep hollow in a tree for nesting; they seem to favour a large eucalypt at or near the edge of a forest. Even though the entrance can be up to 10 m above the ground, the nest itself will often be at or near the ground level as these hollows can be very deep. The eggs are laid on a bed of decayed wood-dust. Breeding season is from September to February.

They are very acrobatic birds and require a large aviary; the length should be at least 3-4 m.

The clutch usually contains 3-6 rounded eggs; the eggs are incubated for 20 days and the chicks reach fledging age after 5 weeks. 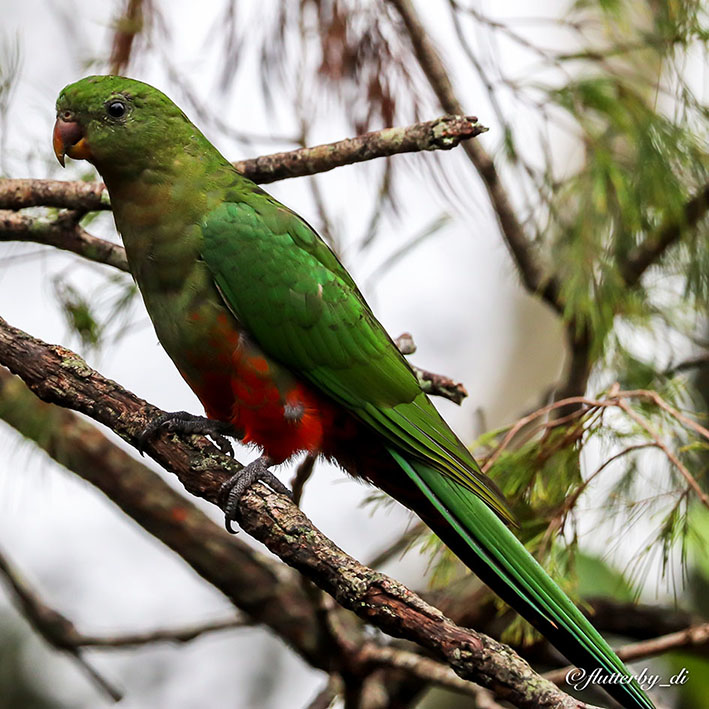 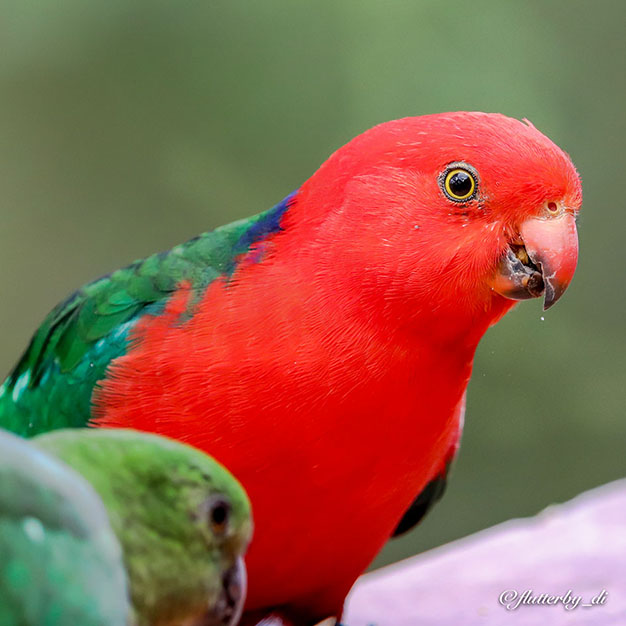