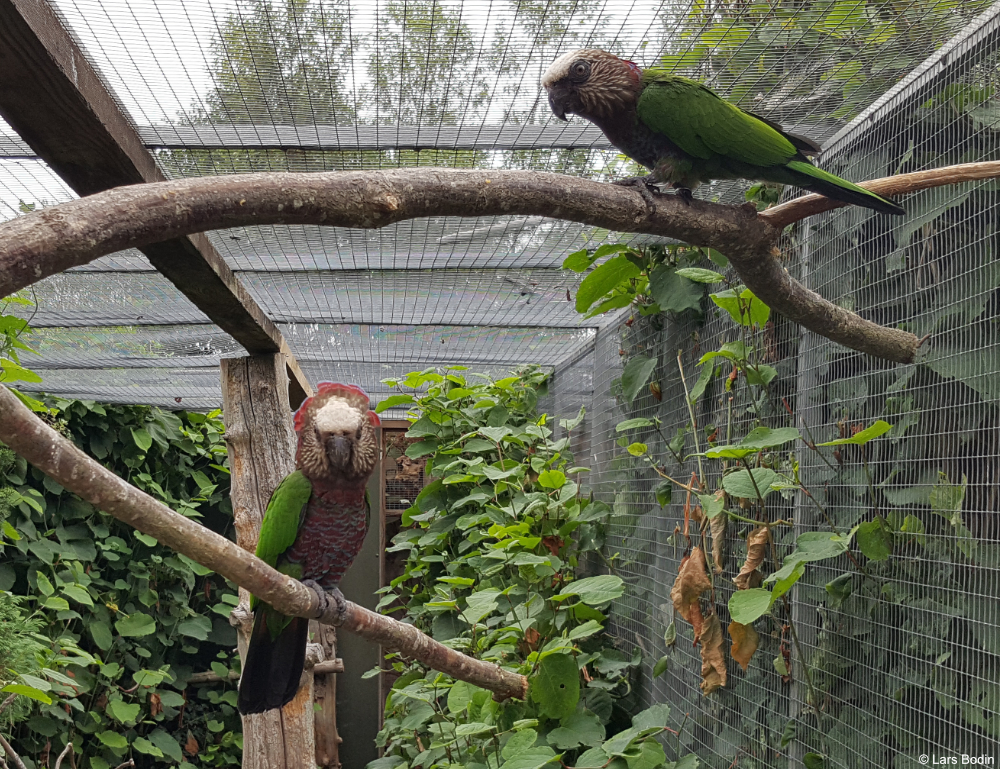 The Red-fan Parrot (Deroptyus accipitrinus) is the only member of the genus Deroptyus. This species was first described in 1758 by the Swedish zoologist Carl Linnaeus. Later, in 1905, the subspecies D. a. fuscifrons was described by the Austrian ornithologist Carl Eduard Hellmayr.

The Red-fan Parrot is not common in aviculture, but some are kept as pets or as aviary birds. They can show aggression towards other birds, especially during breeding season, and it is recommended to keep them in separate aviaries. As pets they can be unpredictable and also show aggression towards humans, so they require an experienced owner; this species is not recommended for beginners.

With good care the lifespan is about 30 years.

Its habitat covers a large range and it is not threatened according to IUCN. It is listed in CITES Appendix II.

The neck feathers are red with purple tips; the elongated neck feathers can be raised to form a fan, thereby increasing the size of the bird and possibly scaring potential attackers away.

The face is brown with white streaks. The chest is dark red scalloped with blue. The eyes are yellow with bare grey eye-ring. The wings and flanks are green; the long wide tail is also green. The bill is dark grey/black.

All photos and video on this page show the nominate subspecies D. a. accipitrinus. 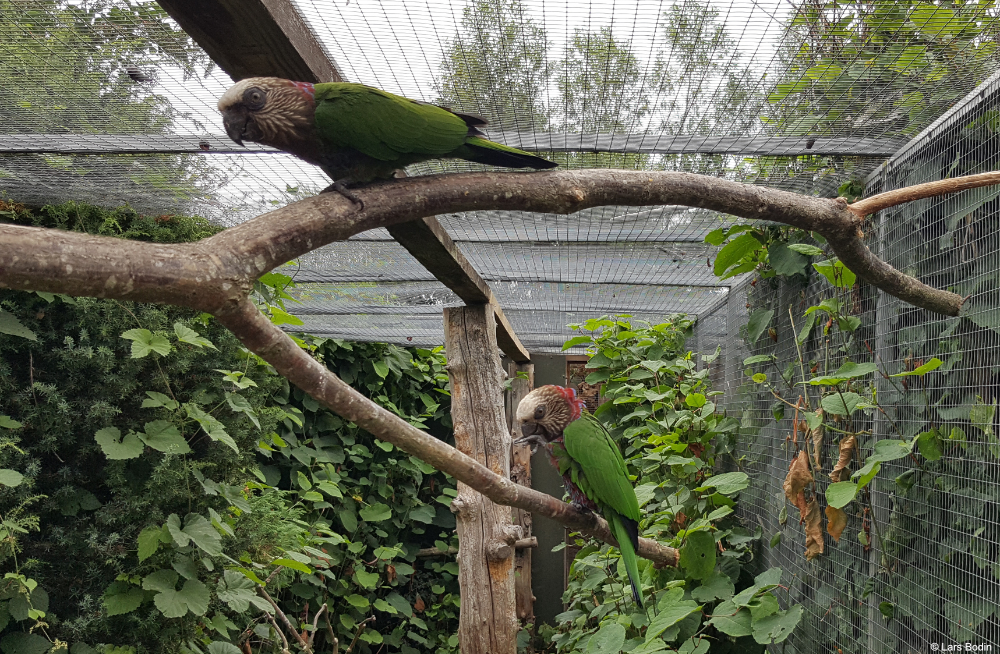 Feeds on fruits, leaves and buds in the canopy. Also feed on Inga and Guava in cultivated areas.

The Red-fan Parrot nests in holes in trees and stumps.

The clutch usually contain 2-4 eggs, that are incubated for 25-26 days. The chicks start to fledge after 9-10 weeks. 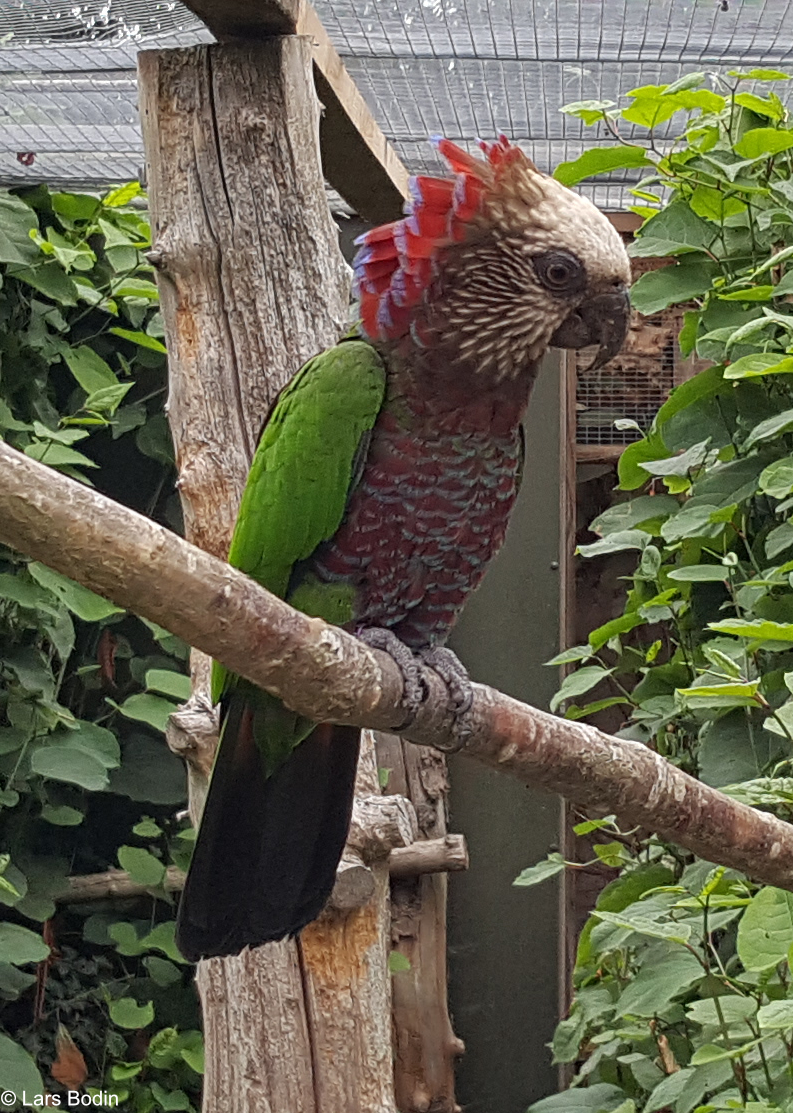 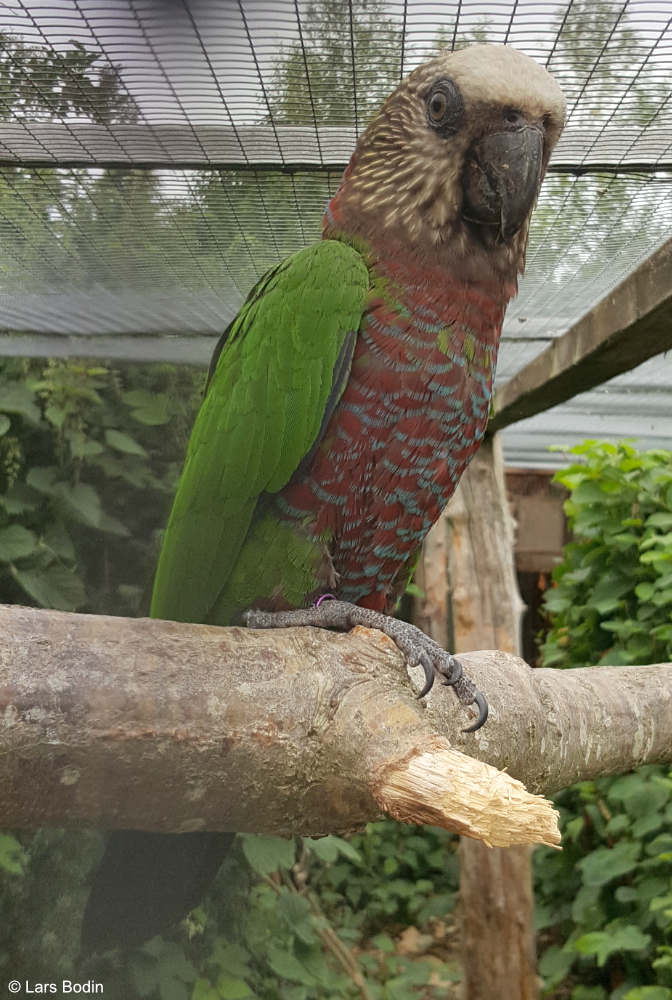