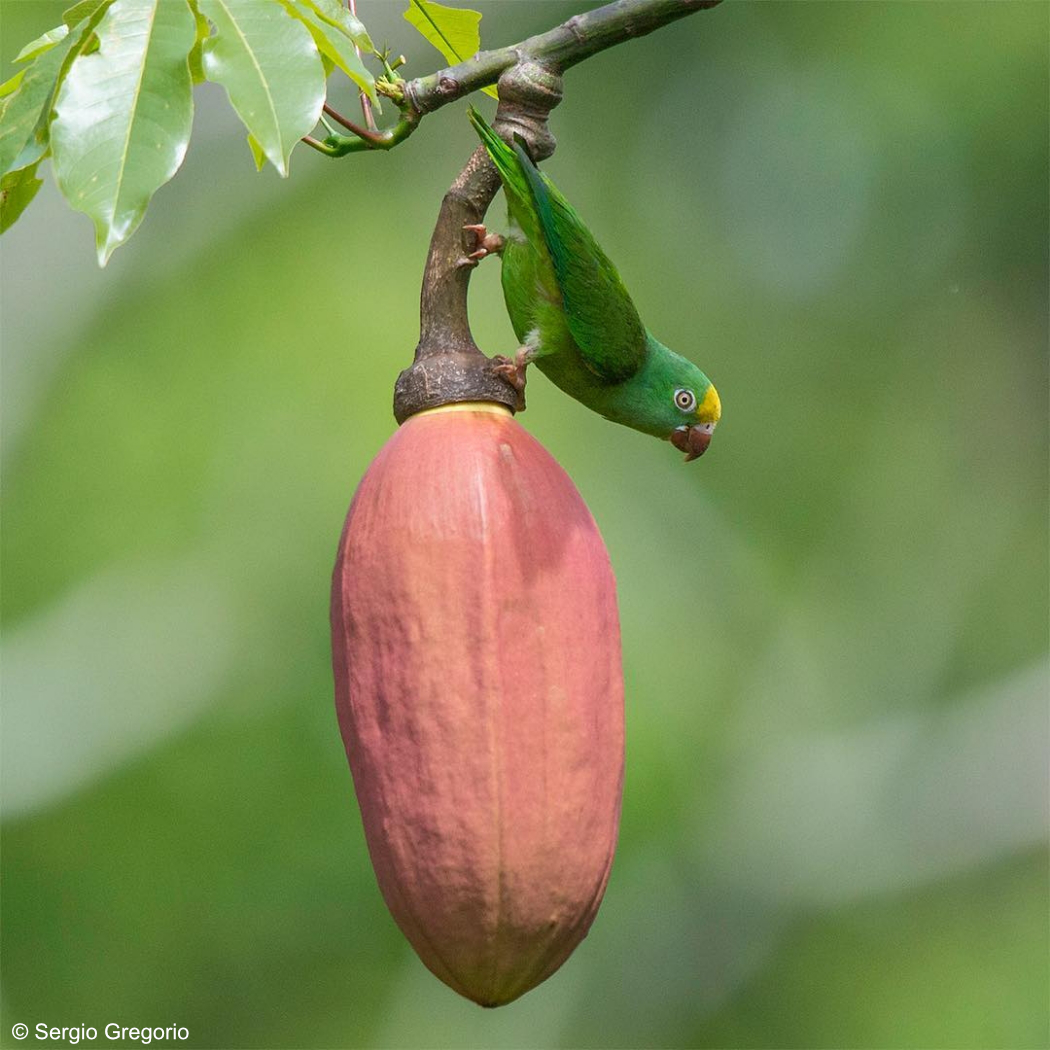 They are social and usually gather in small groups, sometimes also in large flocks especially near water or where there is plenty of food.

Previously the Tui Parakeet was fairly common in aviculture; during the late 1960s to 1970s they were frequently imported in large numbers into USA - however, there was little interest in breeding. Due to an export ban they are now rare in aviculture.

The average lifespan is 15 years but some have been recorded to live up to 35 years.

Overall yellowish-green plumage with darker green on wings. Yellow forehead, lores and forecrown. Eye ring is pale grey and bare. Eyes are yellow. The bill is dark orange/brown. The tail is relatively short and wedge-shaped.

Juveniles are similar to adults but dark grey eyes and a darker brown bill.

They are found in lowland tropical rainforest up to 300m (984 ft); they are usually found in várzea forests on banks and islets of rivers or clearings near water.

In the wild the diet mainly consist of fruit but also Erythrina flowers, seeds, insects and their larvae, minerals and grit. They also visit manioc and sugar cane fields.

In captivity fruit should make up about 30% of the diet. Supplement with vegetables and a high quality seed mix with small seeds like canary, millet, buckwheat, safflower hemp and oats. Sunflower sprouts are also recommended.

Breeding season is May - Juli.

The aviary should be at least 2 m long. Provide a water bowl or similar as they love to bath.

The clutch contains 4-5 eggs, that are incubated for ~24 days. The chicks reach fledging age after ~45 days.