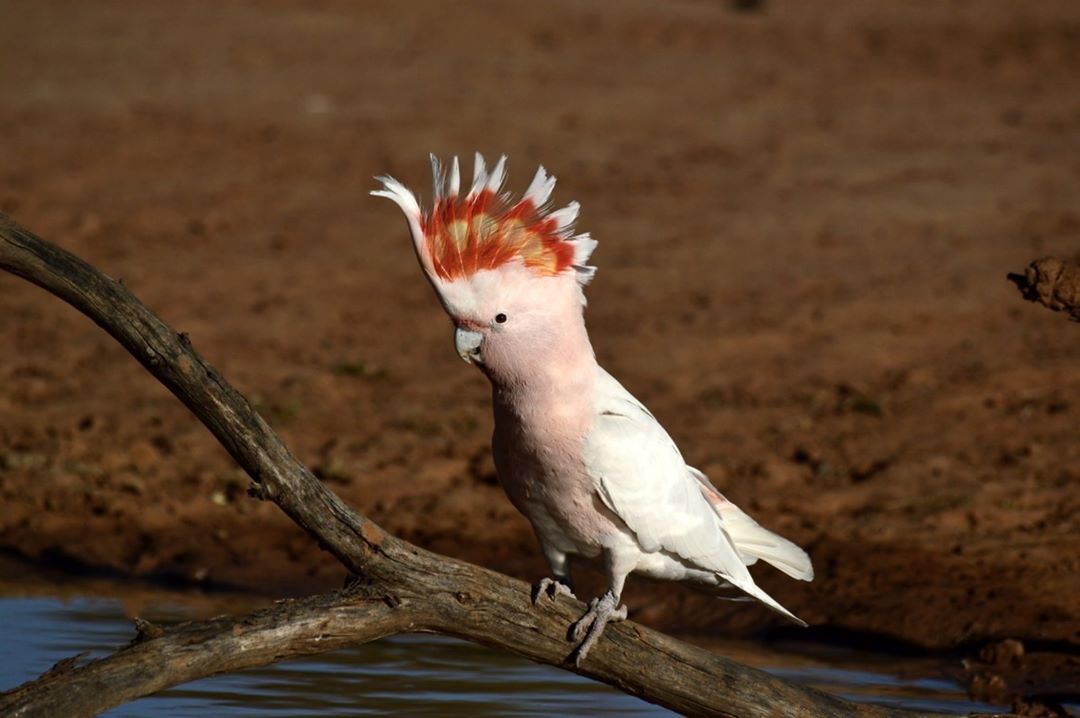 While most cockatoos typically have a crest with a single color, the Major Mitchell's Cockatoo  - Lophochroa leadbeateri (Vigors, 1831) - has a characteristic beautiful crest with colors in white, red and yellow ribbons.

The English name is in honor of Major Sir Thomas Mitchell; the scientific name commemorates the British naturalist Benjamin Leadbeater.

Some (older) sources characterize this species as Cacatua leadbeateri but the Cacatua genus only contains white cockatoos and Major Mitchell's Cockatoo (or Pink Cockatoo as it is also called) has its own genus: Lophochroa.

It is rare in aviculture compared to other cockatoos.

Lifespan is up to about 80 years.

The overall plumage is a soft textured white with salmon-pink chest, head and underbody. The crest is white when folded down but displays bright red and yellow bands when raised. The underside of the wings are white with a wide salmon colored band in the middle.

Major Mitchell's Cockatoo is endemic to Australia, where it is native to inland arid and semi-arid areas of Australia.

The male and female share the task of enlarging the hollow by chewing on the tree and also on incubating the eggs, feeding and preening the chicks.

The clutch usually has 3-4 eggs and is laid on a bed of decayed wood, chips. Incubation period is about 22 - 24 days. The chicks leave the nest about 55 days after hatching. 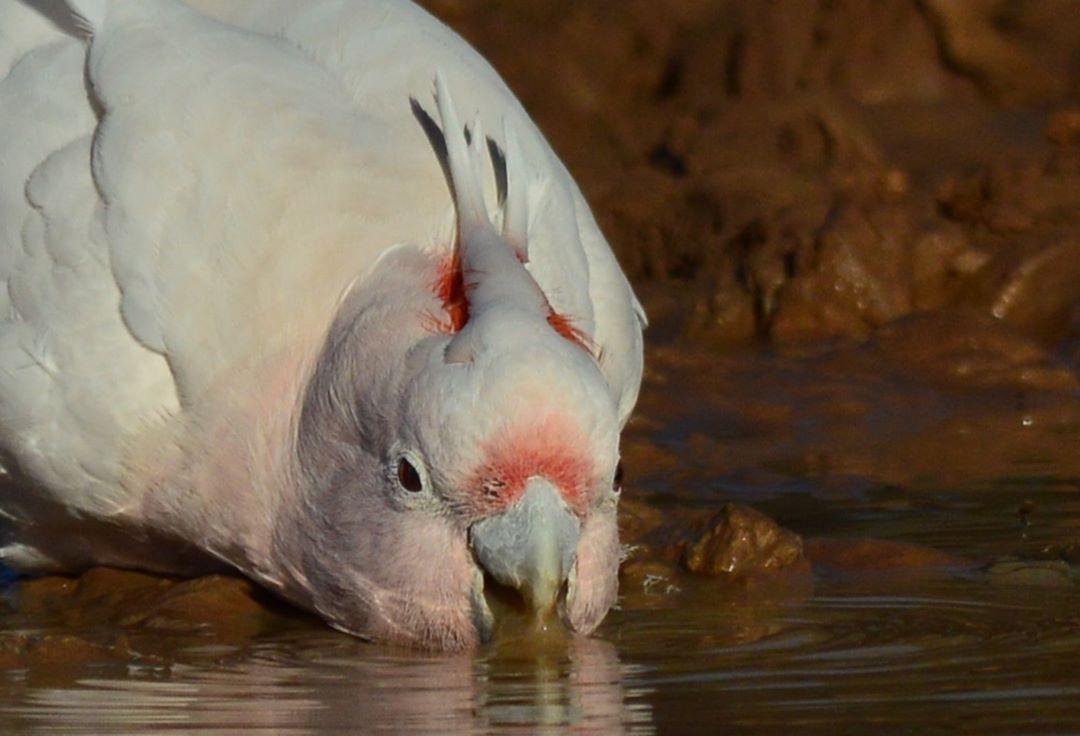 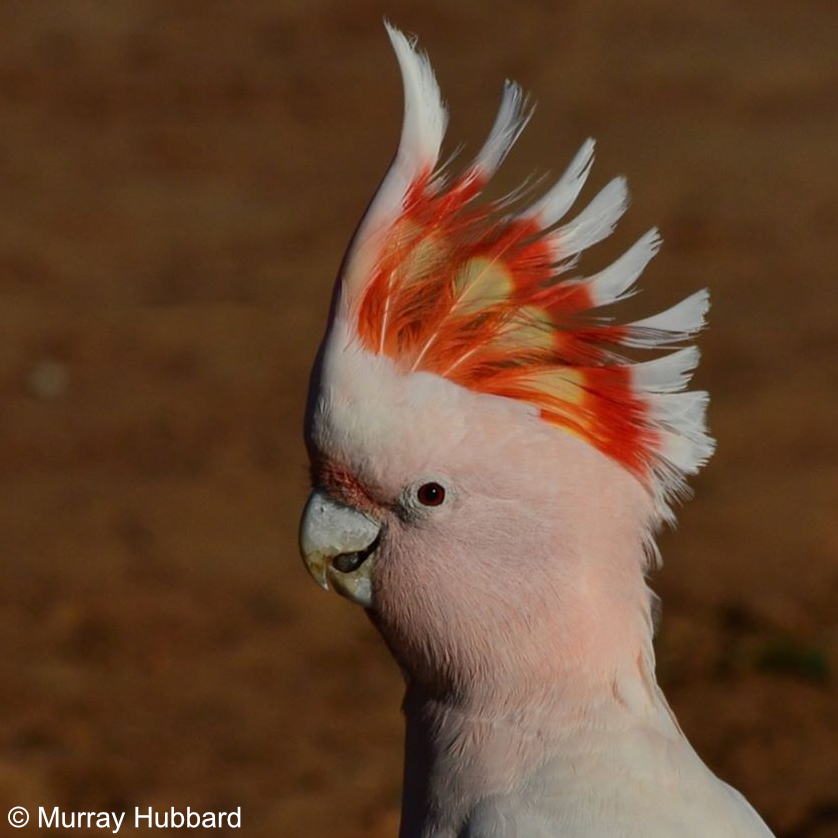