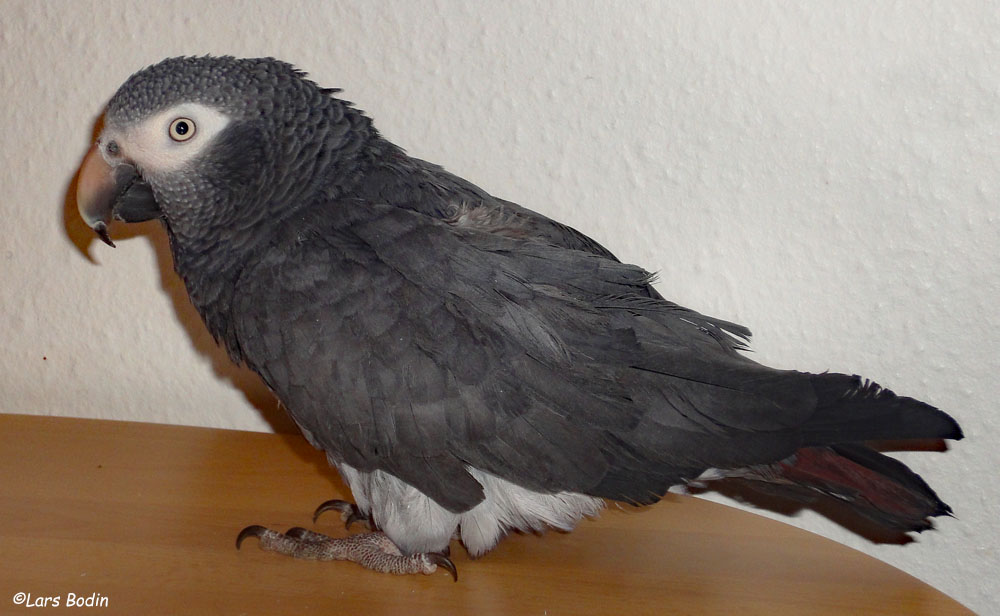 The Timneh Parrot - Psittacus timneh (Fraser, 1844) - is not as common as a pet as the larger Grey Parrot (Psittacus erithacus). Both are exceptional good talkers - they can learn to mimic sounds, words and sentences.

For the untrained eye they may look similar but they are easy to distinguish:

When kept as a single pet parrot, a Timney Parrot often connects to the owner and is reserved towards all others.

They require a lot of attention and training - if they do not get enough attention, it can result in mental problems such as feather picking. If you get an offer to buy a "used" bird make sure to check thoroughly if the bird seems to be OK or maybe have physical or mental problems due to neglect or improper care.

Imported birds are often shy and it requires a good deal of patience to make them tame. I recommend buying from a local breeder where you can check out the surroundings where it was born and raised and verify that all the birds seem to be in good health.

According to [IUCN] the Grey Parrot is Endangered because of ongoing habitat loss and capture of wild birds for international trade.

Slate grey head, back, wings and check. The tail is short and with a reddish-brownish color.

The feathers on the head and nape is edged with a white or light-grey edge resulting in a scaly pattern. The gump is light grey.

The male is usually slightly larger than the female, otherwise there is no visible gender difference.

The Timneh Parrot is native to Africa; the subspecies P.t. princeps is endemic to Príncipe Island. 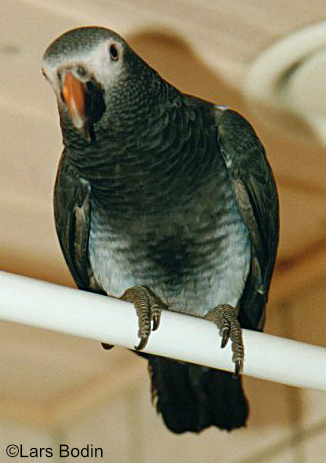 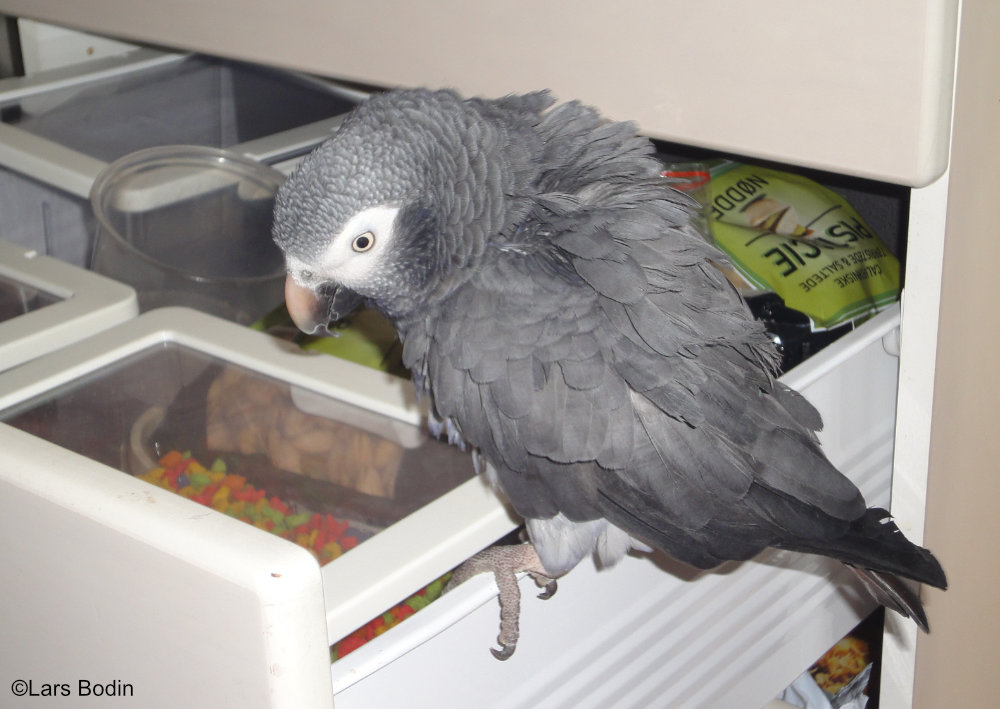 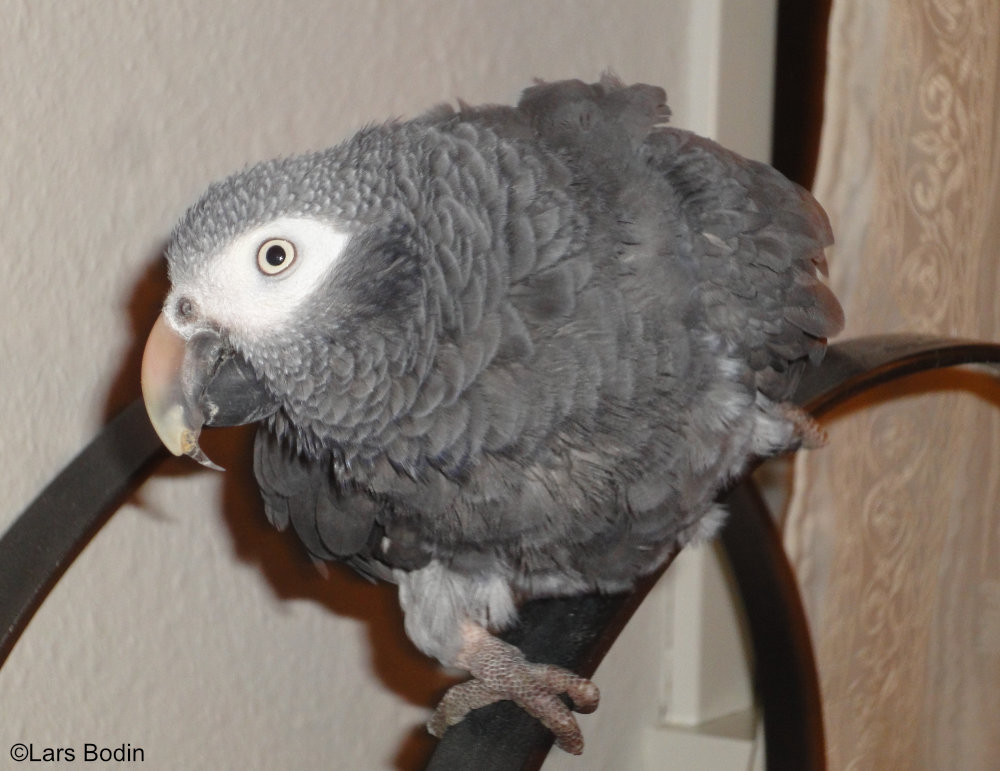 I recommend using ZuPreem pellets as the main part of the diet - about 60-75% of the diet. These pellets contain all the important minerals and vitamins the birds need and at the same time have a low fat content. Supplement with vegetables, fruit and a small amount of nuts and seeds. Peas in pods can be recommended as it is both healthy and a fun pastime when the birds have to get the peas out of the pods.

Avoid peanuts as there is a high risk of them being infected with fungus!

Sprouted seeds are highly recommended especially during the breeding season.

Several birds can be successfully held in heavily built aviary. Birds kept in an aviary can also become tame and confidential.

After acclimatization the birds are not sensitive to low temperatures and can withstand short periods of light frost.

The Timney Parrot is not as common among breeders as the Grey Parrot but still has been successfully breed several times. However it may be difficult to find sympathetic couples.

The next box should be approx. 60 cm high and with an entrance hole of approx. 10 cm. The bottom should be 25 x 25 cm. You can use a hollowed log with a bottom layer of dry turf with the earth side upwards.

The hen lays 2-4 white eggs. The incubation time is approx. 30 days. The chicks leave the nest after about 10 week. 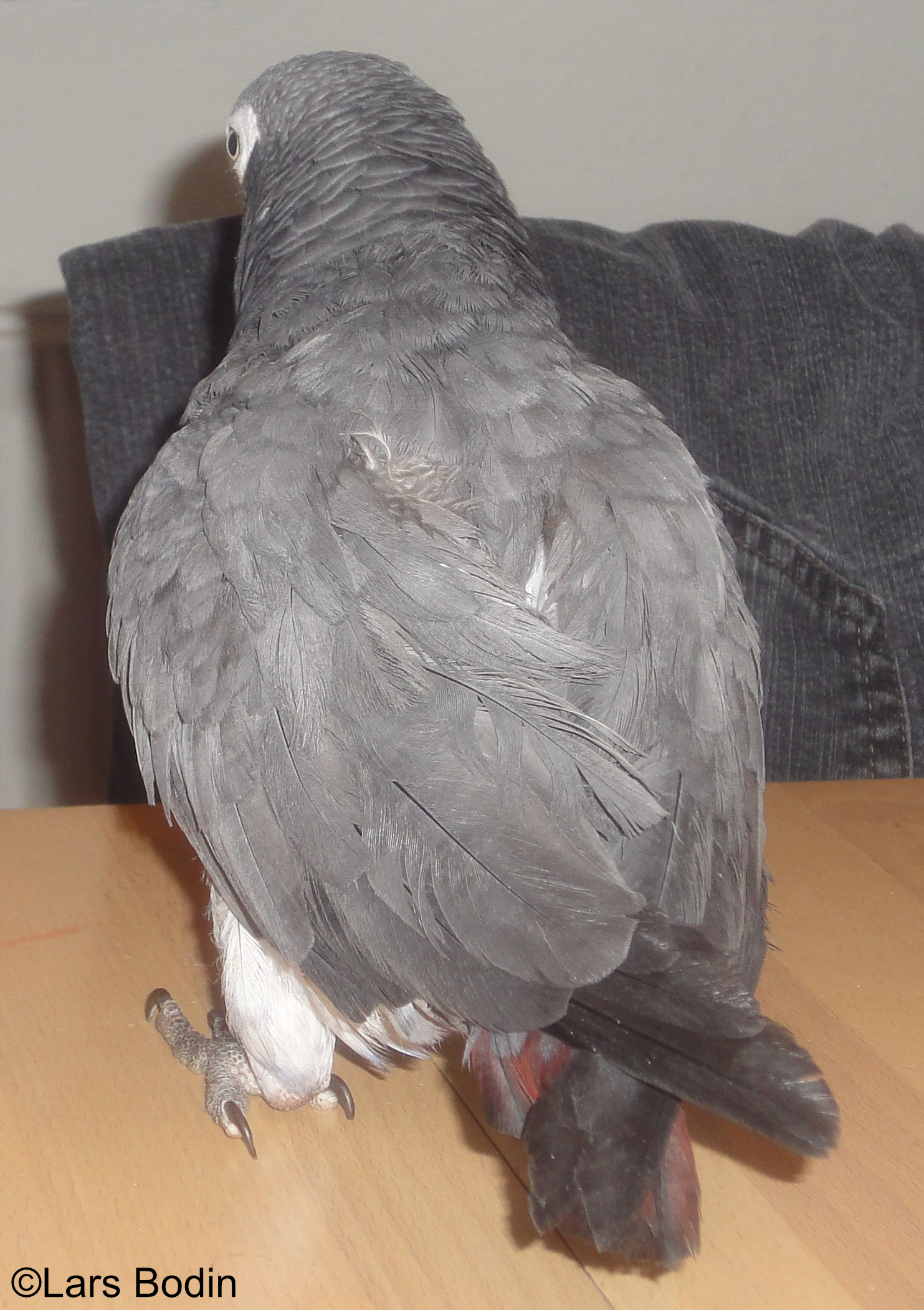 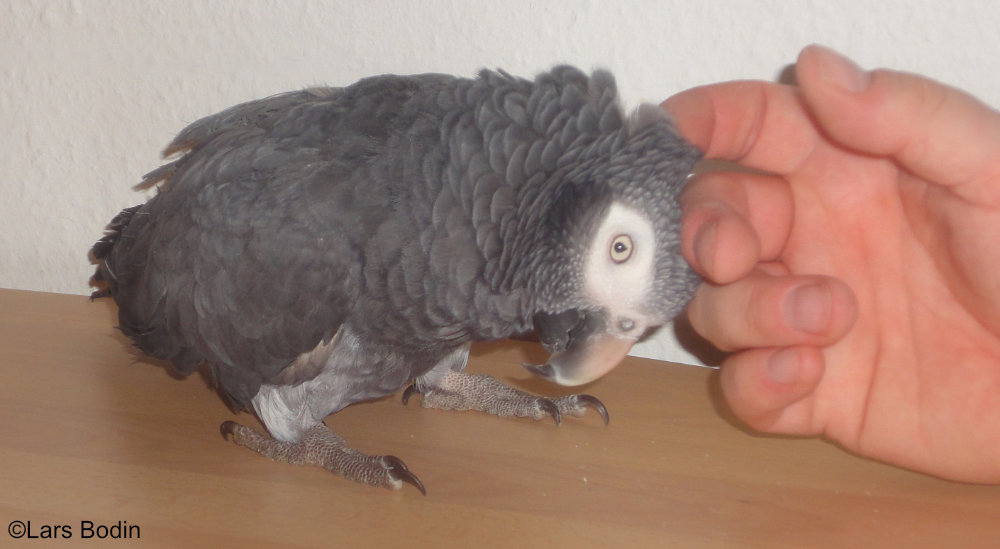 All photos on this page is my own "Jaco". She has been an important part of our family since she was born in 1999. She is very skilled at imitating sounds (incl. whistling a few songs) and short sentences. Often I hear my cell phone ringing in my office, but when I pick it up no one is calling - but Jaco is having great fun pranking me! 🙂

She not only have a large vocabulary - she also know how to put context to these words. Some examples (she speaks Danish and a little Russian but I have translated it to English here):

Among her favorite food is banana, which she eats very fast - almost like she is afraid someone will come and steal it from her. She also love corn and peas - especially pea pods as that gives her a little work getting the peas out from the pod. She also like juice from grapes - she bites a small hole and then use her tongue to drink the juice from the grape - the rest she throws away.

She is very curious and love to poke around on my desk, in all my drawers and also the kitchen cupboard, so I have to be careful and watch her as she also like to examine stuff with her strong beak. 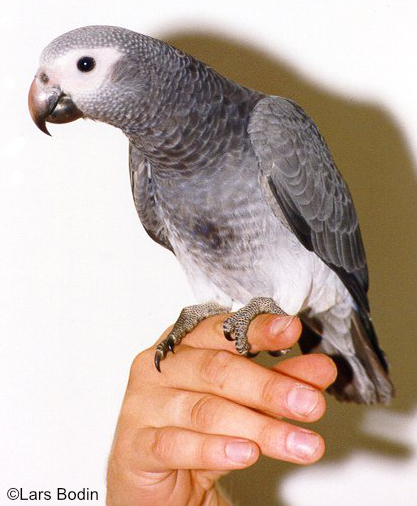